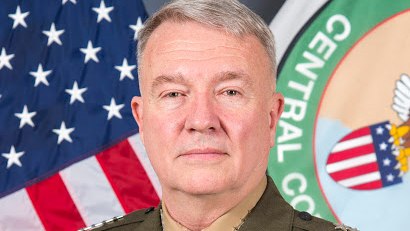 The Middle East Institute (MEI) is pleased to make available to the public a keynote address by Gen. Kenneth F. McKenzie Jr., Commander of U.S. Central Command (CENTCOM), which will kick off the first MEI-CENTCOM Annual Conference. This closed conference will address the key challenges and opportunities for the Biden administration in the Middle East through a series of high-level conversations among experts and practitioners from the United States and the region. MEI President Paul Salem will provide opening remarks and introductions.

In this pivotal moment of a new U.S. administration, amid major changes in the region including the signing of the Abraham Accords and the incorporation of Israel into CENTCOM’s area of responsibility, Gen. McKenzie will join MEI Senior Vice President Amb. (ret.) Gerald Feierstein in conversation to address these key issues and build on his June 2020 discussion with MEI President Paul Salem on CENTCOM’s approach to a changing Middle East.

This virtual event will be broadcast live on this web page and via MEI’s YouTube channel. No registration is required.