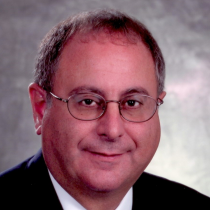 George R. Salem established his law practice in 2005, the same year he became a strategic advisor to DLA Piper in connection with the firm’s Middle East and U.S. Department of Labor practices. From 1990 to 2004, he was a partner at the law firm of Akin, Gump, Strauss, Hauer & Feld, LLP.

During the course of his career, Mr. Salem has negotiated settlements in cases that are landmarks in the field of labor law. In the Middle East, he has headed legal teams negotiating major acquisitions, including oil refineries. He successfully brought suit against the U.S. Department of Treasury on behalf of the owners of the Al-Shifa pharmaceutical plant in Sudan, which was destroyed by the U.S. Navy. From 1985 to 1989, Mr. Salem served as the solicitor of labor. He is a fellow of the College of Labor and Employment Lawyers and a member of the Council on Foreign Relations.

Mr. Salem co-founded the Arab American Institute in 1985 and currently serves as its chairman. He is a past treasurer of the United Palestinian Appeal, Inc. and a past president of the National Association of Arab Americans. He has also served on the board of directors of the American-Arab Anti-Discrimination Committee.

In 2003 he was named to the U.S. Advisory Commission on Public in connection with the Arab and Muslim World. He served as an official observer during the Palestinian elections held in February 2005 and also as President George W. Bush’s representative to the funeral of former Palestinian Authority President Yasser Arafat. In 1992 Mr. Salem received the Ellis Island Medal of Honor, an award presented annually to Americans for outstanding contributions to their own ethnic groups and to American society.