The Iranian Shi`i Diaspora in Malaysia 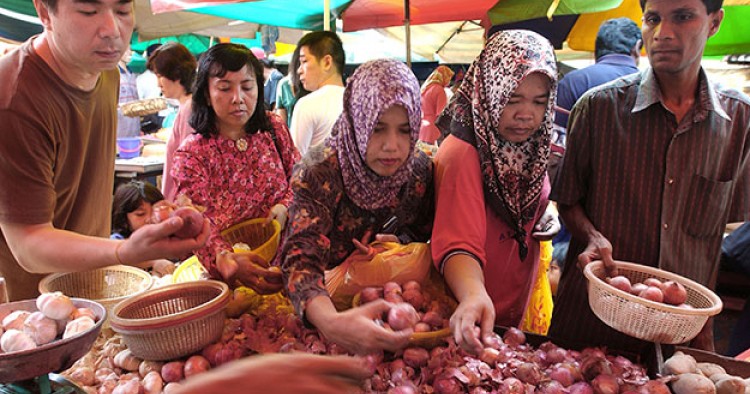 Malaysia―a majority Muslim but multi-religious Southeast Asian country, a leading member of the Organization of Islamic Cooperation (OIC), and one of Asia’s “tiger economies”―is home to tens of thousands of Iranian citizens and of Malaysian (formerly Sunni) converts to Shi`ism. According to conservative estimates, in Kuala Lumpur alone there reside about 100,000 Iranian nationals, including university teachers, students, and especially businesspeople―among them adherents of various political positions.

Malaysia also has a large ethnic Chinese and Indian non-Muslim minority. According to The World Factbook, Malaysia’s ethnic distribution is as follows: Malay 50.4 percent, Chinese 23.7 percent, indigenous 11 percent, Indian 7.1 percent, other 7.8 percent. Part I of the Malaysian constitution states that “Islam is the religion of the Federation; but other religions may be practised in peace and harmony in any part of the Federation.”

In recent years, tens of thousands of Iranians have flocked to Malaysia. They have found a relatively welcoming climate there, unlike in Western countries, whose requirements and procedures concerning visas of nationals of Muslim countries have become more cumbersome and restrictive since September 11. The influx of Iranians into Malaysia also reflects the growth of “South-South” cooperation in the fields of higher education and vocational training. In addition, Malaysia seems to interpret rather liberally the current international sanctions against Iran. Indeed, bilateral relations between Malaysia and Iran are reasonably amicable and productive.

However, it is important to note that Malaysia’s policies and practices toward Iranian expatriates are neither unconditional nor uncontroversial. For instance, it is very difficult for any foreign-born national, including Iranians, to obtain Malaysian citizenship. Asylum is only granted to ethnic Malay minorities or Muslim minorities from non-Muslim areas or conflict zones, such as previously from Bosnia.

Religious conversion and freedom of worship are two particularly thorny issues. One source of contention is over the growing number of formerly Sunni Malay converts to Shi`ism, which Tehran has likely supported, if only indirectly, but which is not well regarded in Malaysia. Another sensitive issue relates to the harassment of Shi`i worshippers, including the ban on Shi`i preaching issued in 1996 by the National Fatwa Council and subsequent raids by Malaysian security forces on “underground” Shi`i mosques.

It is crucial to understand that the fact that only a little more than half of the country’s population is ethnically Malay and Muslim has (at least since Malaysia’s independence in 1957) been a matter of concern to the political leadership of the Malays. This circumstance has always been the all-determining factor of Malaysian internal politics. Agama, bangsa, dan negara (Malay for “religion, race, and country”) can be considered a key concept for uniting Malays in opposition to the Chinese and Indian minorities and is aimed at avoiding political and denominational disharmony among the Malays. This rather sad state of interfaith relations in Malaysia is relevant when considering the fate of the country’s tiny Shi`i community.

During the 1980s and 1990s, many Malaysians and Indonesians, mostly former Sunnis, studied at the Shi`i theological centers of Qum in Iran. However, most of the Shi`i Muslims in Malaysia that I have interviewed consider themselves loyal citizens, and many do not question key institutions such as the monarchy or the national bumiputra (Malay for “princes of the soil,” meaning the indigenous population) or affirmative action legislation that favors Malays and other “indigenous ethnic groups” in several fields of public life over non-Malay citizens, particularly the Chinese and Indian minorities. Although those personal communications cannot be considered a substitute for a thorough representative survey, they are telling.

Though many Malaysian Shi`a seem to harbor no ill will toward their Sunni Muslim compatriots, in their daily dealings with them they might feel compelled to exercise taqiyya, that is, the concealment of their faith out of fear of persecution. They also at times criticize portions of Malaysian society’s “lax,” “liberal,” and “double standard” attitude vis-à-vis things Islamic, arguing that Malaysia upholds Sunni “orthodoxy” while promoting a “corrupting Western lifestyle.”

In the past, several Shi`i practices have led to misunderstandings between Malaysia’s Sunni authorities and the local Shi`i community. The misuse of mut`a, or “temporary marriage,” for instance—mostly by individuals who were actually Sunni—led to severe accusations against the local Shi`i community as a whole. Also, the second half of the 1990s saw an apparently government-backed campaign against what was introduced to the public as “deviationist teachings”—among them, Twelver Shi`ism. This campaign, which was also reflected in the Malay-language press as well as in certain periodicals, led to several Internal Security Act (ISA) detentions that caused serious concern among international observers. It appears that the campaign was motivated by purely internal political rather than religious considerations, such as protecting the idea and practice of “Malay unity.”

In November 2005, the U.S. State Department’s International Religious Freedom Report for that year lamented that

[t]he [Malaysian] Government opposed what it considered “deviant” interpretations of Islam, maintaining that the deviant groups’ extreme views endanger national security. According to the Islamic Development Department’s website, 56 deviant teachings have been identified and prohibited to Muslims. They include Shi`a [and] transcendental meditation […], among others. The Government can detain members of groups that do not follow the official Sunni teachings without trial under the Internal Security Act (ISA). The Government continued to monitor the activities of the Shi‘a minority.[1]

In turn, contrary to their Sunni brethren, Malaysian Shi`a congregate in “autonomous” husayniyyas rather than in state-run mosques. Husayniyyas do not merely fulfill the function of mosques but are also assembly halls for the celebrations of particularly Shi`i events, such as `Ashura—the day of mourning for the martyrdom of Ali. Depending on the prevailing political climate, they often operate in hiding. Indeed, I observed several such husayniyyas in Kuala Lumpur and the surrounding state of Selangor in the 1990s and 2000s. Most were situated either in apartment blocks or rented houses, and all of them operated in secret and were only temporarily active due to persecution. Although the situation in Singapore, Thailand, and Indonesia appears to offer more possibilities for the Shi`a compared to Malaysia, husayniyyas in those countries are also used for mosques as well as various social activities.

The future fate of the Shi`a in Malaysia is unclear. According to information provided by several of my interviewees, a high proportion of Malaysian Shi`a are university graduates and display a serious interest in intellectual discourse, an asset that could and should be utilized when considering dialogue and reconciliation.

The general climate prevailing in Malaysia with regard to Shi`ism and the Shi`a has a strong bearing on the Iranian community residing in the country. While in many ways the diasporic community has found Malaysia to be an attractive and hospitable environment in which to study, travel, produce art, and engage in business activities, members of this community are nonetheless, by virtue of being Shi`i, often subject to suspicion on the part of the wider Malay Sunni public—even though many expatriate Iranians might not be enamored of the Islamic Republic's political system. In this respect, the diasporic community in Malaysia, much like indigenous Shi`a and even other religious and ethnic minorities, are part of a society still grappling with how to fully accept and capitalize on its diversity.