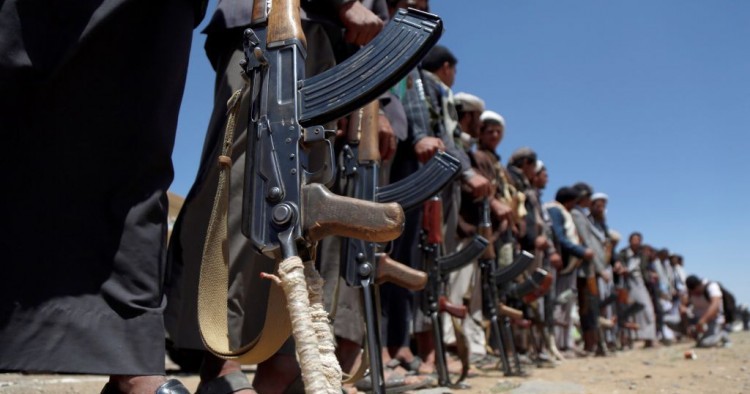 We, the undersigned, are former career diplomats and civil servants who have exercised responsibility for the implementation of U.S. policy in the Middle East, including the Republic of Yemen, across a number of presidential administrations both Republican and Democratic. Several of us also had responsibility for the implementation of U.S. policy to combat terrorism and the threat of violent extremism. We are united in our alarm over the prospect that the Trump administration is determined to designate Yemen’s Houthi movement, also known as Ansar Allah, as a Foreign Terrorist Organization. We urge the administration not to take this step, which we believe would be deeply damaging to U.S. national security interests, including the fight against terrorism, and, most of all, to the innocent civilians in Yemen.

To be clear, we hold no sympathy for the Houthi movement, nor are we condoning its actions. It is responsible for provoking this conflict and for inflicting grave harm on Yemen’s civilian population and its infrastructure. That said, we do not believe that the Houthi movement meets the definition of a Foreign Terrorist Organization nor do we believe that the designation will advance U.S. national security interests. In fact, designating the Houthi movement will be perceived as politically motivated and will undermine the credibility of U.S. counterterrorism programs and policies, which serve as a first line of our nation’s defense.

Most importantly, the true victims of the designation will be the tens of millions of long-suffering, innocent Yemeni civilians. An FTO designation of the Houthis will significantly, and fatally for many, disrupt the delivery of desperately needed humanitarian assistance, food, and medicine to the seventy percent of Yemenis living in areas under Houthi control. It will impede the payment of salaries by international agencies to the aid workers, teachers, and doctors who are working heroically to provide essential services for Yemenis, often under the most difficult and dangerous circumstances. And it will complicate, if not cripple, efforts to bring the conflict to a negotiated end and begin the long process of stabilizing and reconstructing Yemen.

For all of these reasons, we urge the administration to abandon plans to designate the Houthi movement as a Foreign Terrorist Organization. Instead, we encourage the administration to re-double its support for the U.N.-led peace process. U.S. backing can provide critical momentum to efforts to persuade the parties to end the fighting, implement a permanent, sustainable cease-fire, and begin the political reconciliation that will permit Yemenis finally to address the root causes of the current conflict.

Hon. Thomas Pickering, former Under Secretary of State for Political Affairs and Ambassador to the UN, Russia, India, Israel, and Jordan

Hon. Bruce Riedel, former Special Assistant to the President for Near East Affairs