10 Books to Expand Your Knowledge of the Middle East 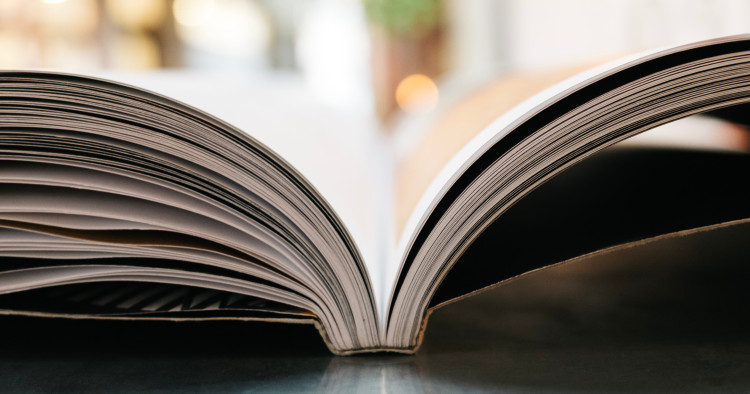 Recommended readings selected by MEI's book review editor from reviews published in this year's issues of The Middle East Journal. Subscribe to MEJ to read full reviews of these and other new publications exploring the history, culture, and contemporary issues shaping the modern Middle East and North Africa region.

MEI may earn a commission when you purchase books using links on this page. 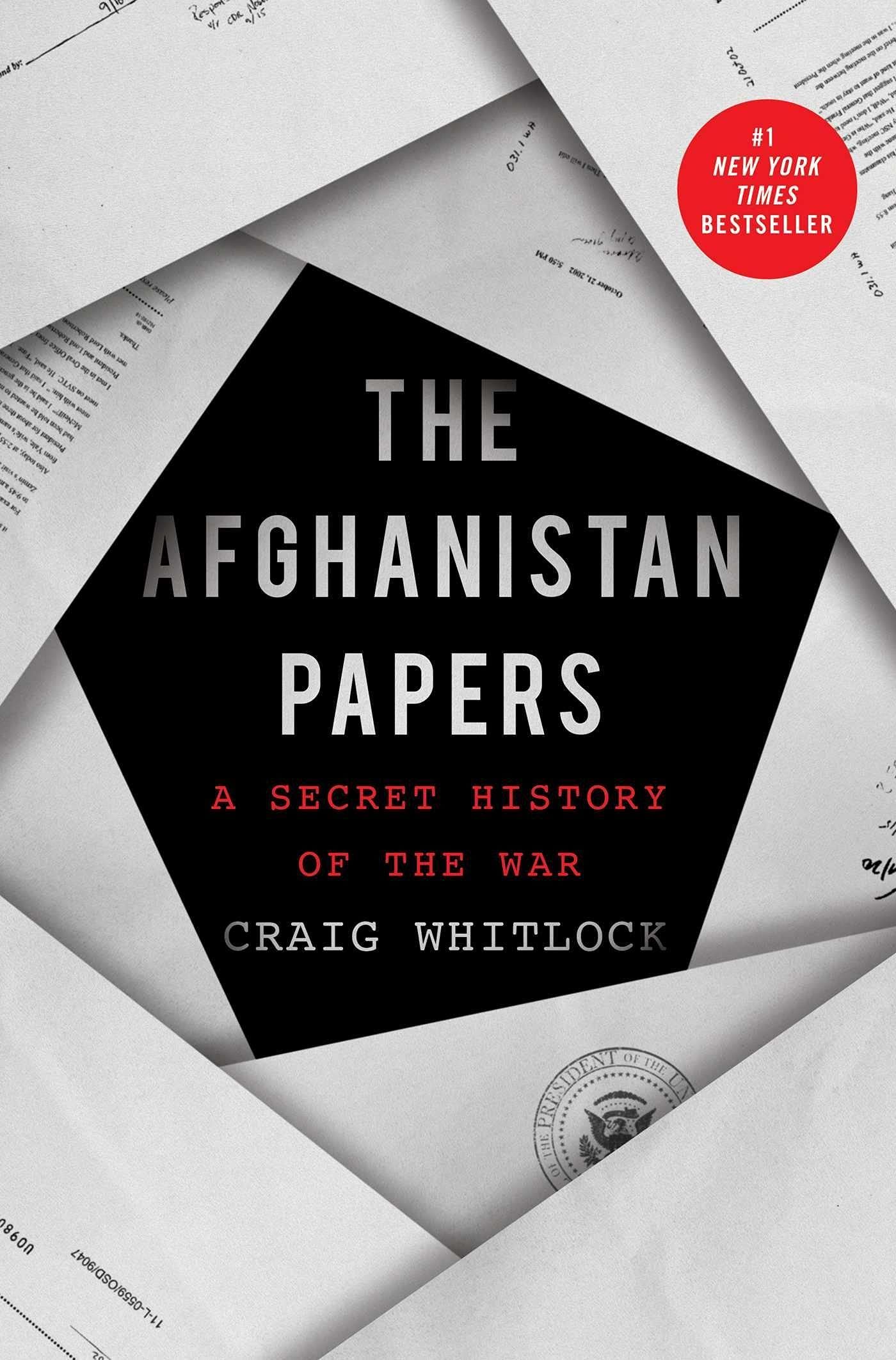 The Afghanistan Papers: A Secret History of the War

"Washington Post investigative journalist Craig Whitlock has pieced together what he calls 'a secret history of the war,' based on more than 1,000 interviews with military and civilian personnel involved from 2001 to 2021. If truth is the universal 'first casualty of war,' Whitlock has provided us with a comprehensive accounting of many of the costs of this war — and an invaluable road map to those seeking the restoration of accountability and trust." 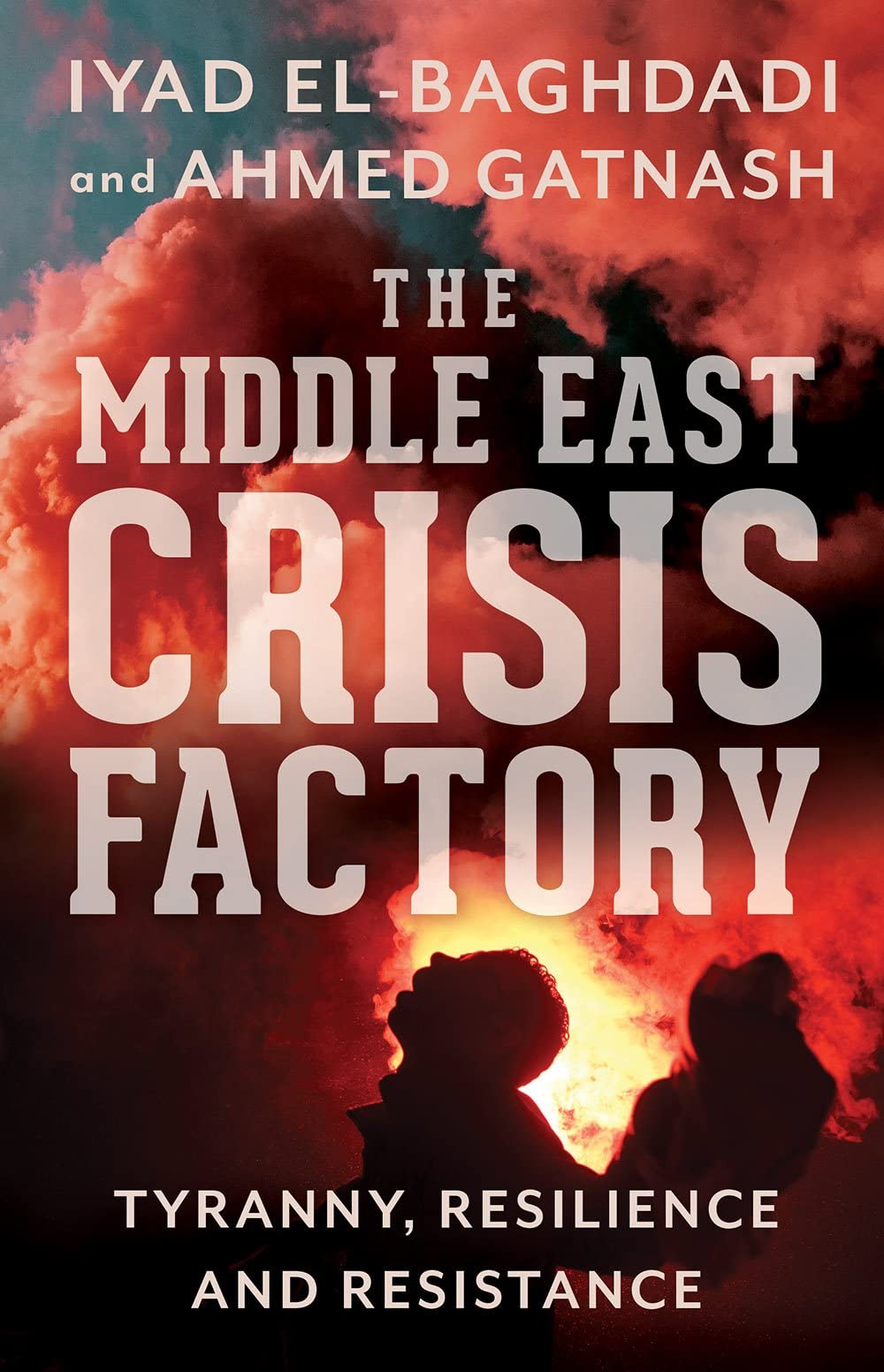 "Western readers hungry for didactic primers about Middle East politics confront bookshelves of forgettable volumes. What makes this offering notable is that the authors themselves are activists from the region and write as sensitive insiders rather than as foreign journalists or retired diplomats penning yet another screed. They have produced a searing interrogation of the region's rebellions and conflicts that have punctuated global headlines for the past decade. It is honest and forceful and deserves a read even in its very crowded market." 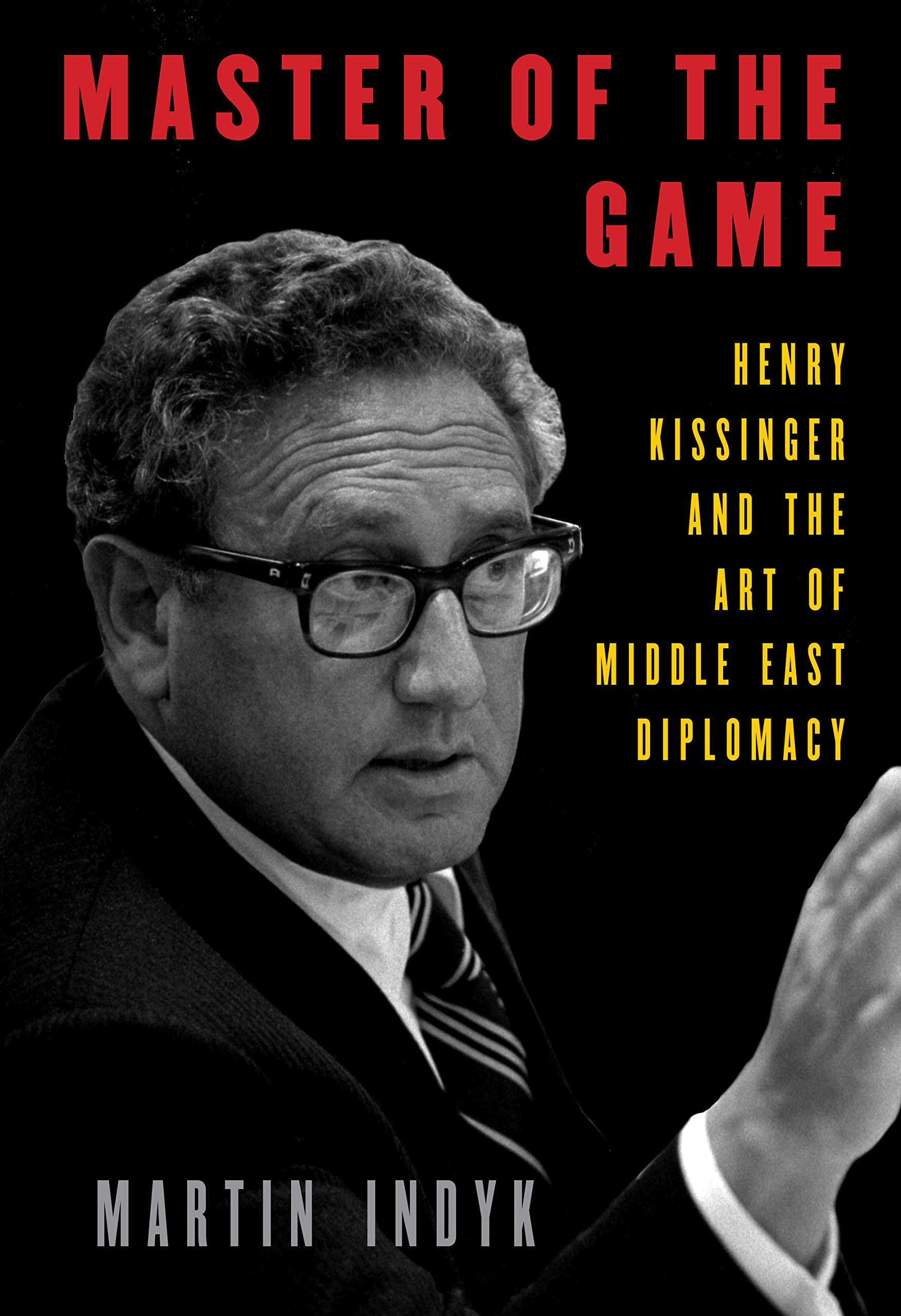 Master of the Game: Henry Kissinger and the Art of Middle East Diplomacy

"Martin Indyk has written a fascinating, comprehensive, and very detailed study of what may well be Henry Kissinger's most decisive and important achievement. In the aftermath of the Yom Kippur War (i.e., the 1973 Arab-Israeli war), Kissinger engaged in 'shuttle diplomacy,' forging three disengagement agreements between Israel and Egypt and Israel and Syria and helped create the basis for peace between the major nation-states of the Middle East. Indyk praises Kissinger's role, attributing the durability of this peace to Kissinger's emphasis on establishing an international 'order' rather than a comprehensive 'peace.'" 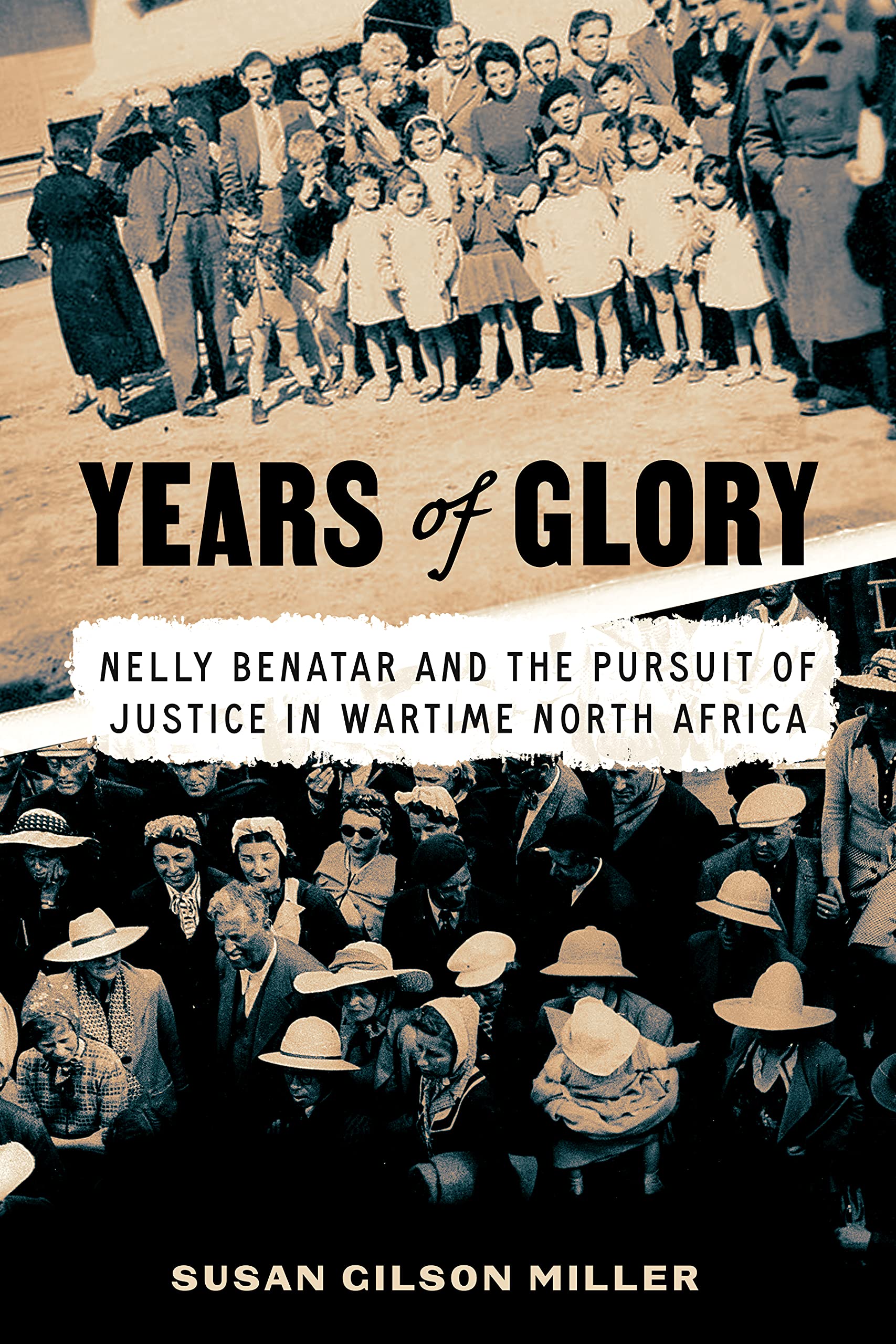 Years of Glory: Nelly Benatar and the Pursuit of Justice in Wartime North Africa

"Hélène 'Nelly' Cazes Benatar placed her calling to help refugees above her desire for recognition. Thanks to Susan Gilson Miller's marvelous new biography, Benatar's legacy is finally made legible for readers. More importantly, Years of Glory explores the Maghrib as a central part of the Holocaust and World War II. Miller demonstrates just how profoundly the war disrupted the lives of those in Morocco and across French North Africa. And Miller does all this in lucid, beautiful prose that draws readers in." 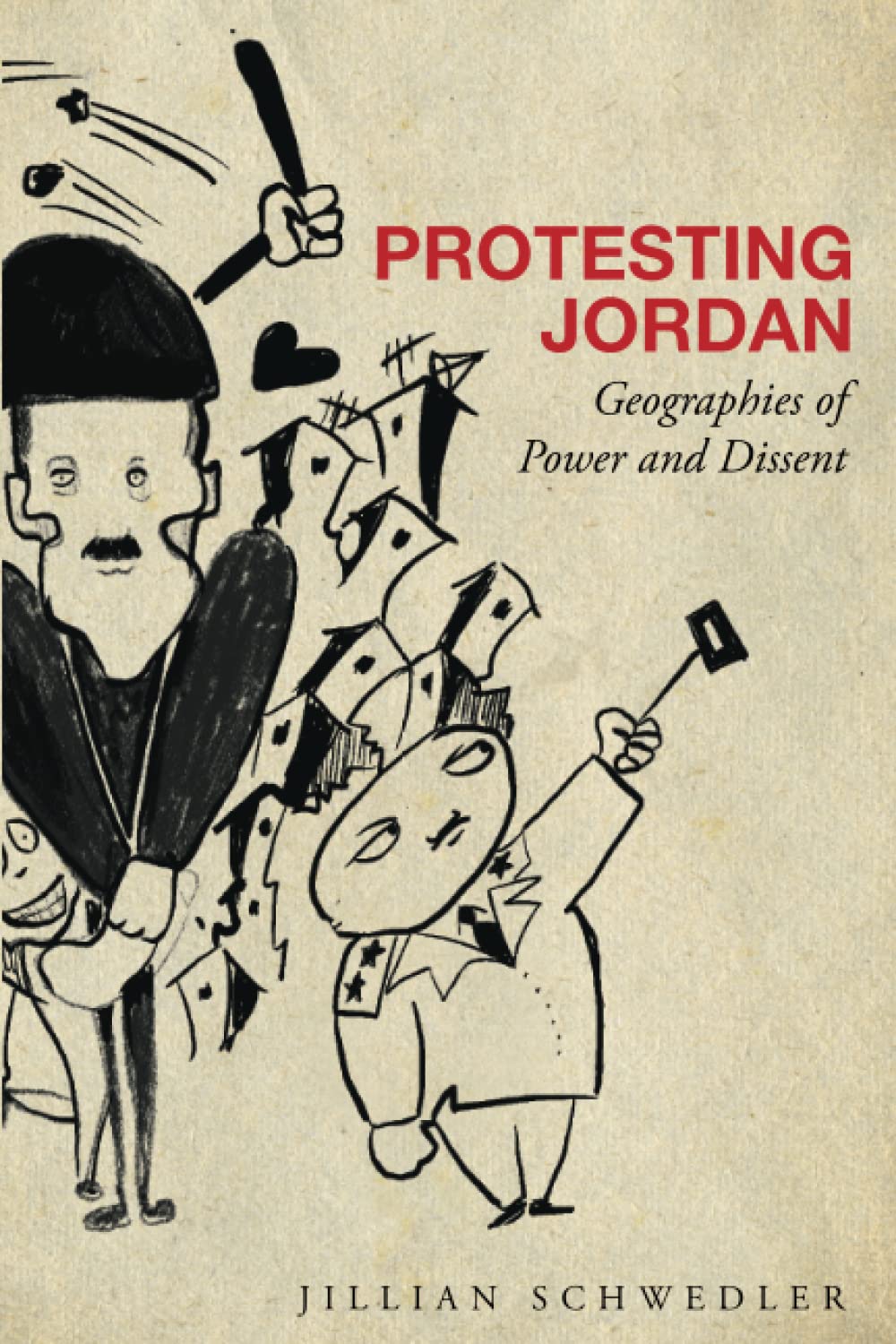 "Jillian Schwedler's study focuses on the evolution of popular protests in Jordan. Schwedler's approach is consciously interpretive and inductive. She moves back and forth among the local, national, and regional scales, providing a broad backdrop while also focusing on a series of specific locations and protest types. Anyone interested in the relationship between popular opposition and state formation in Jordan will find a wealth of new empirical material and fresh analysis here."

Reviewed by Laurie A. Brand, University of Southern California (forthcoming) 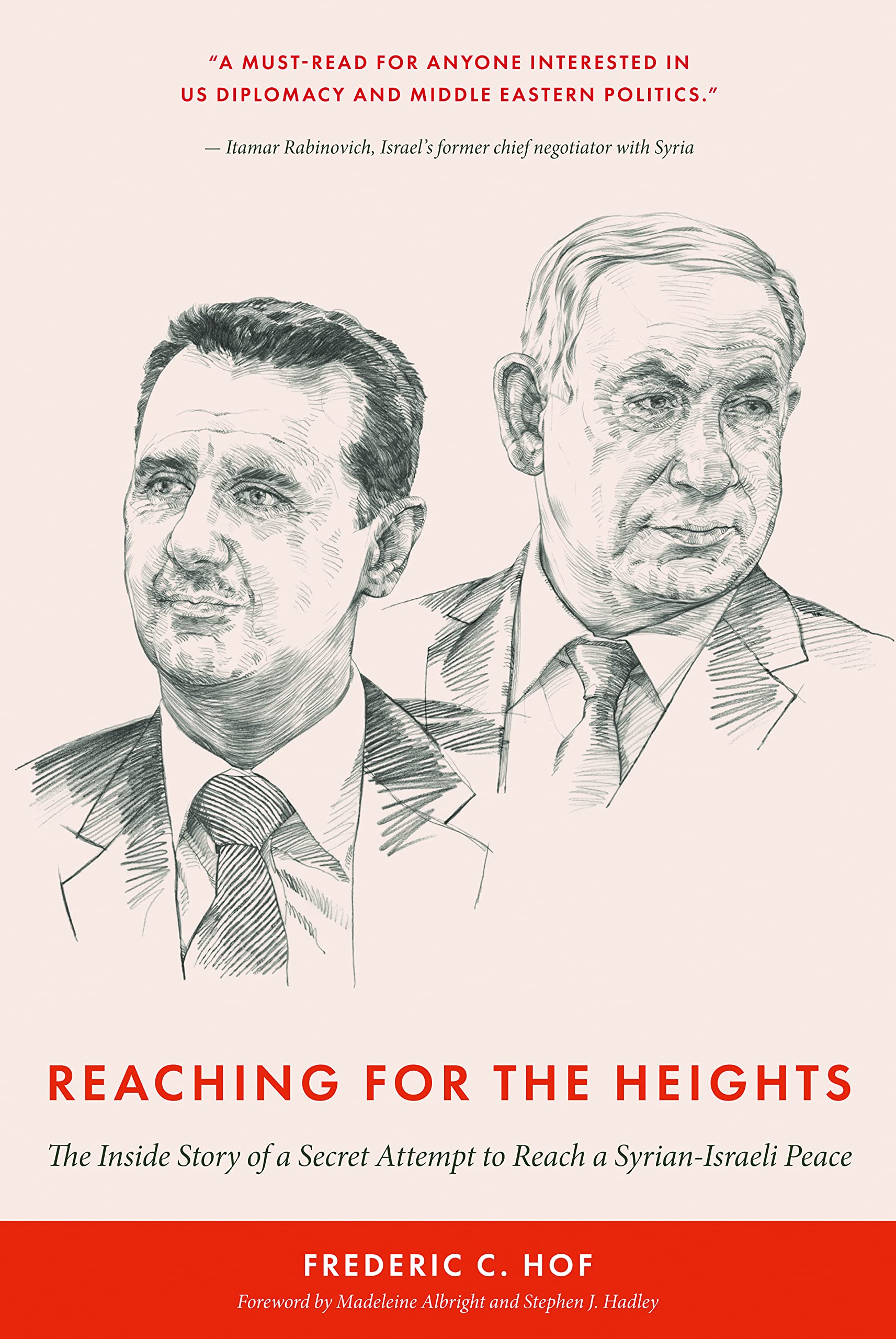 Reaching for the Heights: The Inside Story of a Secret Attempt to Reach a Syrian-Israeli Peace

"Fred Hof, a retired military officer and experienced Middle East negotiator, tells the story of the last effort to reach an Israel-Syria peace agreement. Hof's book is compelling reading for the community of Middle East peace junkies who thrive on the minutiae of negotiations. It is also an interesting read for a general audience interested in understanding further the dysfunctional world of Middle East diplomacy." 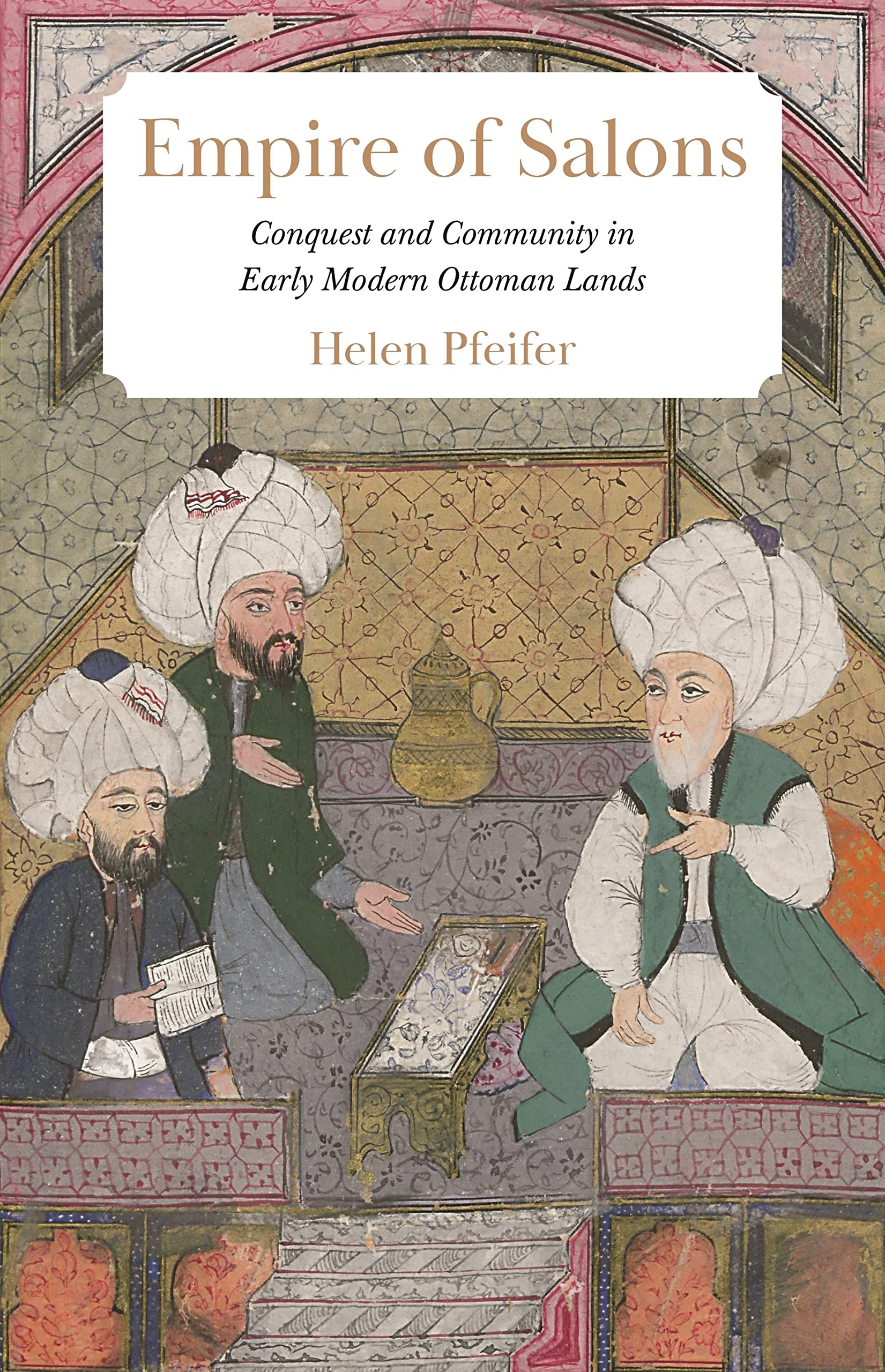 "Pfeifer's study provides a fresh concept and space for the reader to think about the many elusive questions regarding the Ottoman conquest of the Arab world. Her point that conquest and incorporation/integration did not just happen on the battlefield and in the bureaucracy or institutions of higher learning is well taken. All in all, Empire of Salons is a gracefully written, accessible portrayal of the majlis/salon and its importance in the process of conquest of the Levant and its — never completed — incorporation into the Ottoman imperial ecumene." 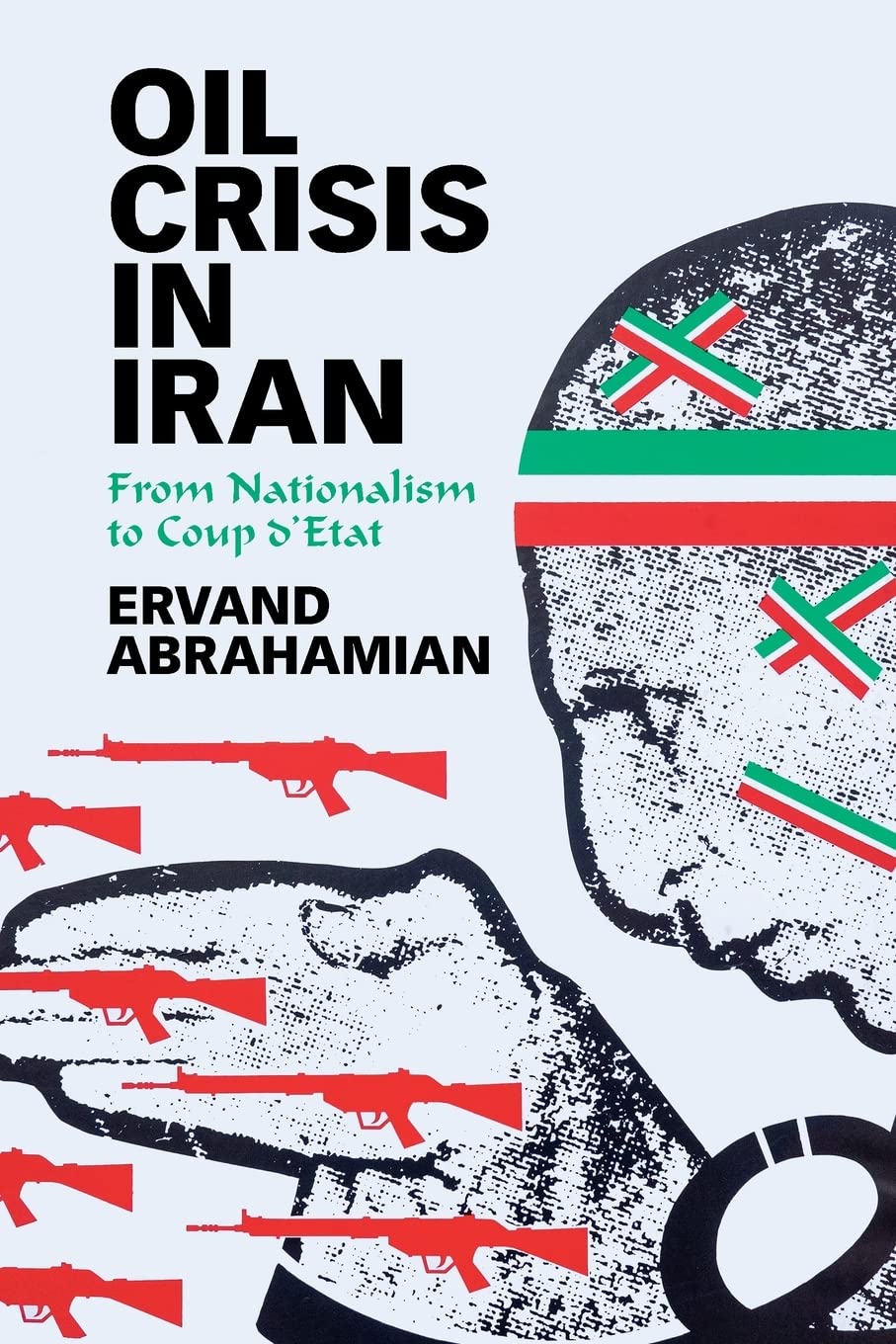 Oil Crisis in Iran: From Nationalism to Coup d'État

"On August 19, 1953, the CIA colluded with Britain's MI6 to overthrow Iran's first democratically elected government led by Prime Minister Mohammad Mosaddeq. In Oil Crisis in Iran, Ervand Abrahamian offers a meticulously detailed analysis of the run-up to that fateful event. Based on newly declassified US government documents, the author discusses how in 1951–53, the US relied on 'instruments' of 'fake news,' the 'deep state,' and 'electoral collusion' to destabilize and overthrow Mosaddeq; and having failed, it opted for a military coup." 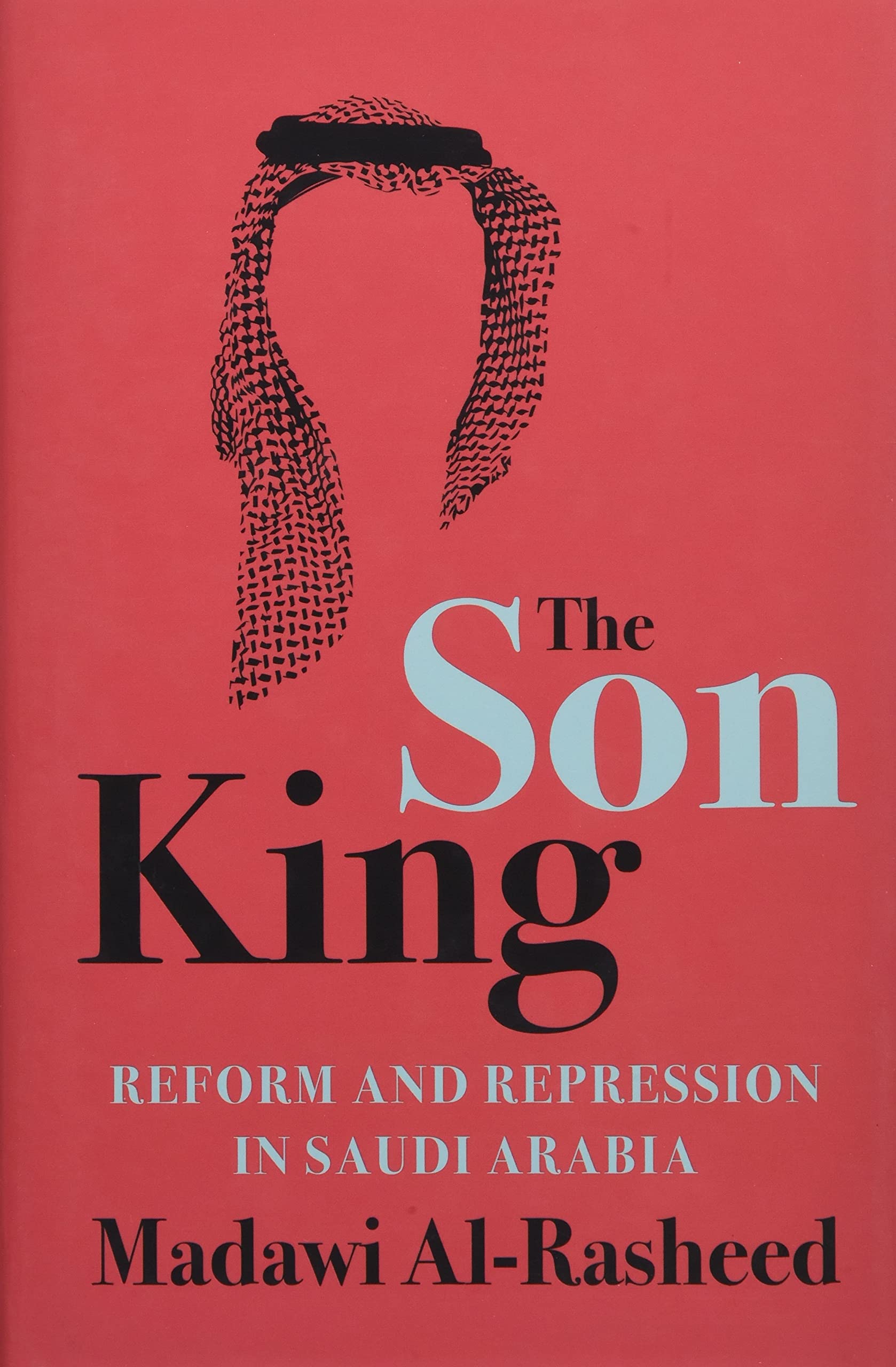 The Son King: Reform and Repression in Saudi Arabia

"Madawi Al-Rasheed's latest book, The Son King, sets out to contribute a study of the politics of the 'incipient Saudi diaspora' by engaging with reform and repression under Crown Prince Muhammad bin Salman Al Sa‘ud. This book is unique in covering the emerging Saudi diaspora, exiles' personal and political challenges, and their ties to domestic Saudi politics in ways that raise new possibilities for further scholarship about diaspora politics and Saudi nationalism." 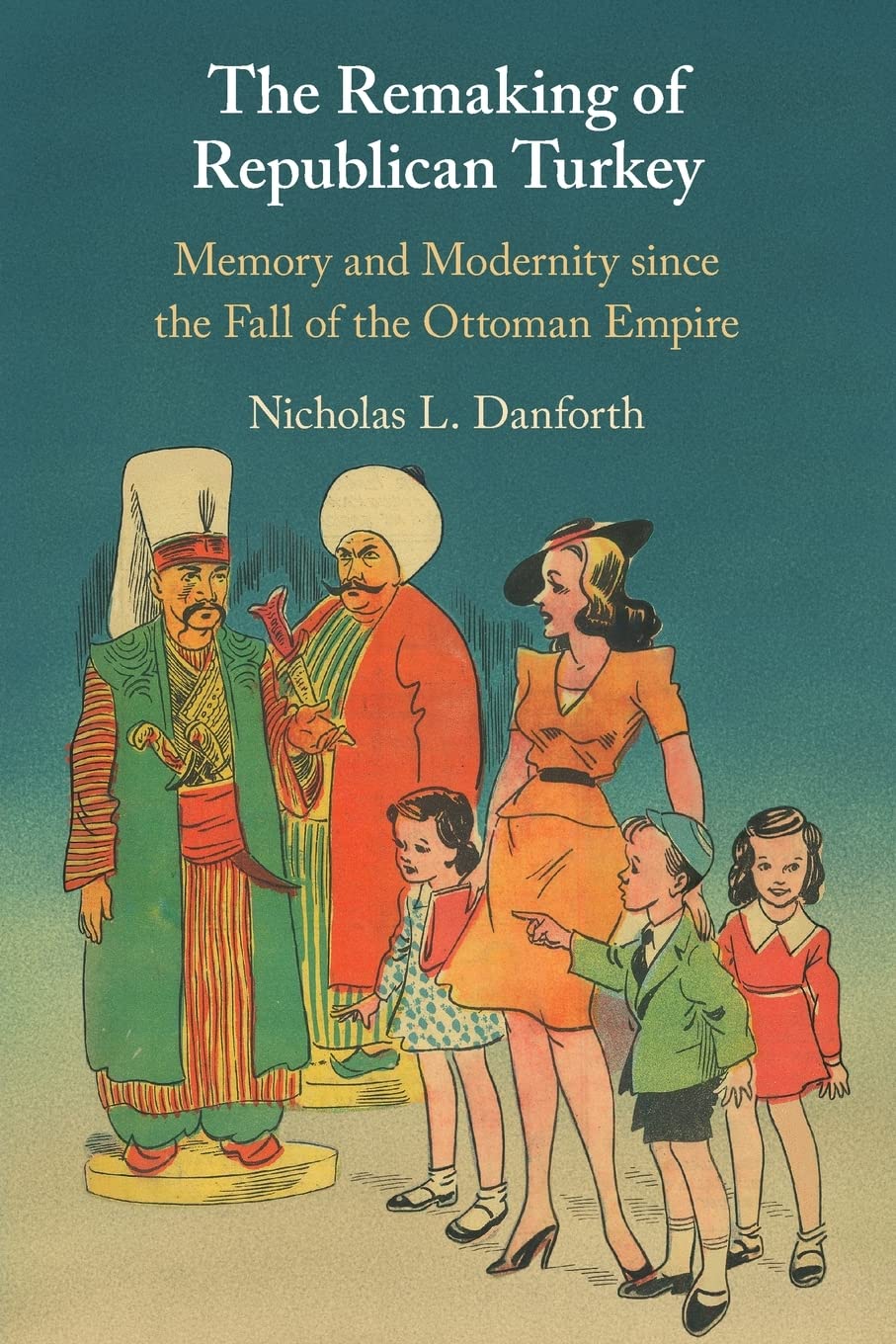 The Remaking of Republican Turkey: Memory and Modernity since the Fall of the Ottoman Empire

"Mid-century politics is very much alive in current Turkish political debates, but the scholarship on this period is surprisingly limited, particularly in English. Nicholas Danforth's book, The Remaking of Republican Turkey, aims to fill this important gap. Drawing on a wide array of sources, from Turkish magazines with different ideologies to American and Turkish archival documents, Danforth analyzes the intellectual and political discussions on Turkish modernity between 1945 and 1960. Danforth paints a complex picture of ideology, memory, and history in Turkey through an accessible account with rich empirical details."