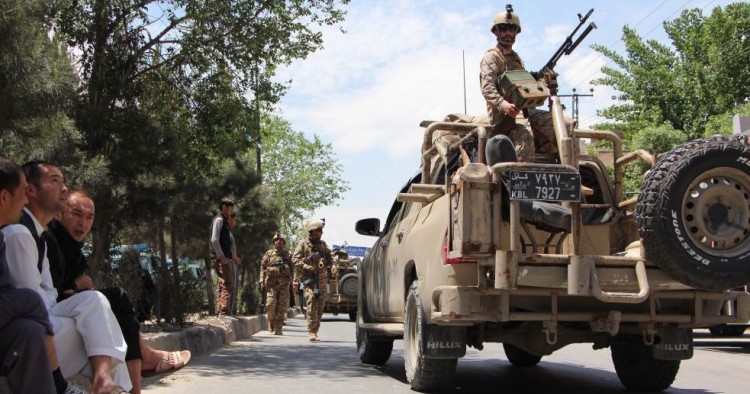 While Afghanistan is grappling with a mounting health crisis, three recent developments, all intertwined with a flagging Afghan peace process, captured wide attention. Brutal attacks on a maternity clinic in the heart of Kabul and a funeral in eastern Nangarhar Province together took nearly 40 lives. In reaction to the two attacks and rising levels of violence across the country, President Ashraf Ghani’s order to restart offensive military operations was seen as a setback to efforts to launch an intra-Afghan dialogue. In a more promising development, a political deal has been reached that ends a post-election, eight-month-long battle between Ghani and opposition leader Dr. Abdullah Abdullah over the disposition of political power in Kabul.

Following the clinic and funeral attacks, the latter claimed by Islamic State-Khorasan Province (ISKP), the Afghan government was quick to lay blame on the Taliban for the odious storming of the clinic. But this belied U.S. intelligence claims that held a resurgent ISKP responsible. The group has a history of ruthlessness and ample motive for wanting to poison chances for a peace deal. Even if exonerated, the Taliban stands to gain from any attacks that point up the Kabul government’s inability to protect its citizens.

While the power-sharing agreement is welcome news, it falls far short of the ambitious political reforms that Abdullah has vied for since 2014. Denied the presidency and authority of a prime minister, he settled for leadership in now stalled intra-Afghan peace talks. Although the accord allows the Abdullah camp an equal share of the cabinet posts, it fails to address core issues that could in time threaten regime stability and lay the ground for infighting to reemerge. Divisions among the Afghan political elites are certain to weaken the government’s hand and be exploited by the Taliban in what at best is expected to be a drawn out negotiating process.

The intensifying level of conflict in Afghanistan is currently worrying to U.S. policy makers. Yet in the U.S.’s determination to save from collapse the late February bilateral agreement with the Taliban, the U.S.’s willingness to grant wide berth to the group has effectively given them license to continue a campaign of violence.