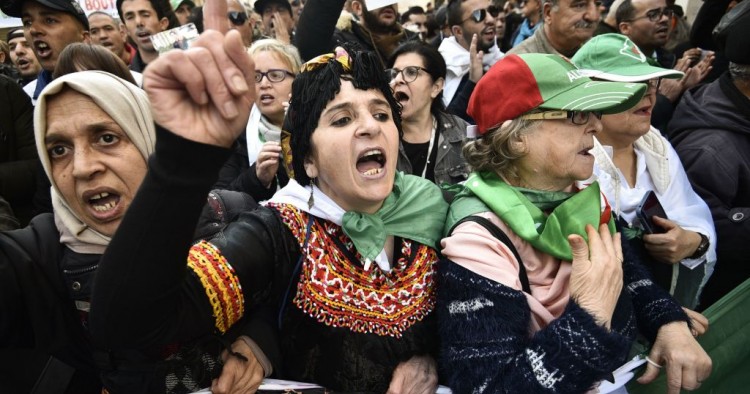 Large street protests across Algeria on Jan. 3 made clear the country is still in crisis. The loosely organized protest movement is doubling down on demands for the liberation of detained activists, relaxation of government controls over associations and media, and a drastic change in the political system. Newly elected President Abdelmadjid Tebboune can try either to seduce and diminish the protest movement by responding selectively to its demands or by cracking down hard with all the risks that would follow. The new cabinet appointed on Jan. 3 suggests continuity, not change; a third of the ministers, including the prime minister and key cabinet posts, went to carryovers from previous governments.

In a signal to the protesters, however, Tebboune released 76 detained activists on Jan. 2, and the presidency stated it hopes to launch a serious dialogue with the political opposition and the protest movement. About half of the activists arrested remain in detention, and the protest movement rejects dialogue without more gestures from the government. Only a few political parties have responded favorably to Tebboune’s call for dialogue, and political parties in any case lack influence over the street protesters. Tebboune and the government will explore whether they can placate the protest movement with reforms to the constitution and election law; they will also need to decide whether to relax the grip on civil and political activities. The Algerian army in 2019 had resisted any opening, but its top leader died suddenly on Dec. 23. The new top general, 74-year-old Said Chengriha, has taken a far less public role than his hardline predecessor. The relationship between Tebboune and the army leadership will be a major factor influencing Algeria’s evolution.

The economy needs urgent attention after stagnation during the era of former President Abdelaziz Bouteflika. Foreign exchange reserves are ample enough for several more years, but growth has stagnated due to declining investment. Budget deficits and inflation are rising. Tebboune’s government needs to determine how to boost investment to diversify the economy and expand job creation to address a young population’s dissatisfaction. The new year will show whether technocrats brought into the new cabinet have the vision and political backing to finally start serious liberalization of an economy long dominated by state’s energy industry that itself needs massive new investment.