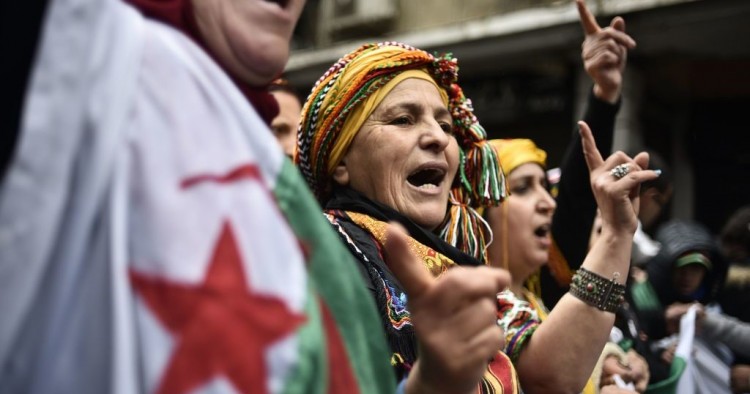 The huge Algerian street protest movement, known in Arabic as Hirak, will mark its first anniversary next week. The movement that brought down President Abdelaziz Bouteflika last year has not been able to stop the new president elected in December, Abdelmadjid Tebboune, from establishing his administration and governing the country. Last Friday the Hirak again mobilized tens of thousands in the streets across Algeria, including in several smaller cities where security force repression had shut down the protests for a few weeks. The Hirak still lacks a clear leadership and continues to demand the release of activists, the end of the existing Parliament, a new election law, and new elections under a transition body.

The government’s refusal to release prominent activists and its repression of peaceful marches in some cities raise questions about the credibility of Tebboune’s promises to expand civil and political liberties. The president has said that he plans to appoint a group to revise the constitution, while the existing Parliament will revise the election law and then the government will hold new legislative elections. Tebboune has been meeting with political figures from the past three decades as well as heads of political parties that have supported the government in the past, including one major Islamist party. Trying to create a sense of restored normality, Tebboune has also raised Algeria’s profile on regional issues like Libya.

The Hirak doubt the government’s sincerity on reforms and are calling for massive street marches on Feb. 21, which will be the 53rd consecutive week of demonstrations. A group of secular opposition parties meanwhile rejects dialogue with Tebboune. The Algerian government is functioning but its legitimacy suffers and the country remains at an impasse.