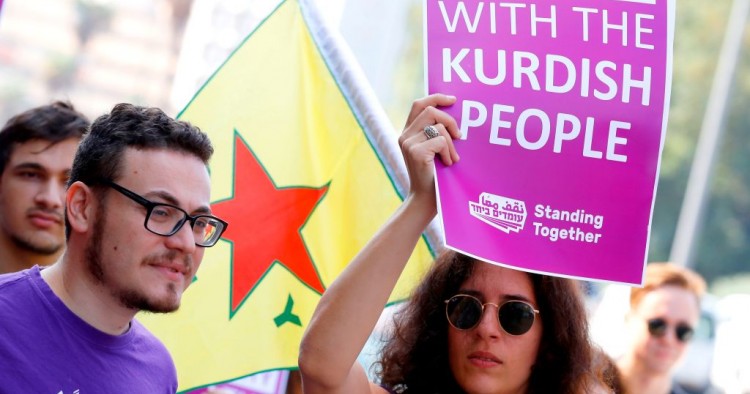 The news of Donald Trump’s sellout to Turkey’s Recep Tayyip Erdogan hit Israel like a lightning storm. Previous reports of an alleged U.S. withdrawal from Syria were met with either disbelief or quick preventive diplomacy campaigns in Washington, designed to turn back the wheels. It seemed to work, at least in the eyes of Benjamin Netanyahu’s government and the defense establishment. Once again, like so many of their counterparts in European and Middle Eastern capitals, they didn’t see it coming.

The timing could not have been worse, both strategically and politically. With Israeli-Iranian tensions steadily rising, and coordination with Russia on Syria policy weakening, Israeli military and intelligence leaders were already gravely concerned by the Iranian attack on Saudi oil installations and sounding alarm bells on a potential similar attack against Israeli targets. Politically, Israel is in the midst of its worst political and constitutional crisis in decades, without an effective government or parliament for almost 12 months. Netanyahu is in full political survival mode, gearing up toward almost certain criminal charges of corruption, fraud, and breach of public trust in three different cases. His personal relations with Trump were considered an asset and have been trumpeted repeatedly throughout his election campaigns.

Trump’s abrupt divestment from a small non-Arab Middle Eastern ally instantly awoke old Jewish-Israeli demons and traumas. “Who is to say we are not next in line?” asked many pundits and concerned citizens. Added to the mix were the special historic relations — although largely covert— between Israel and the Kurds, since the days of David Ben-Gurion’s “Periphery Doctrine,” seeking non-Arab partners in the hostile Levant. Unlike Arabs or Muslims, the image of the Kurds in the eyes of the average Israeli is positive. Knesset members across the political spectrum, including the far right, tweeted anxiously about the need to “give humanitarian assistance to the Kurds.” Trump has managed to do the unthinkable: unite all Israelis around a geopolitical cause. The next government — in any composition — will undoubtedly adopt a more cautious approach toward Israel’s most important strategic partner.

A non-resident scholar at MEI, Eran Etzion is a diplomat and strategist with more than 20 years of experience in senior government positions in Israel.