As anger mounts, protestors take to the streets again in Iran 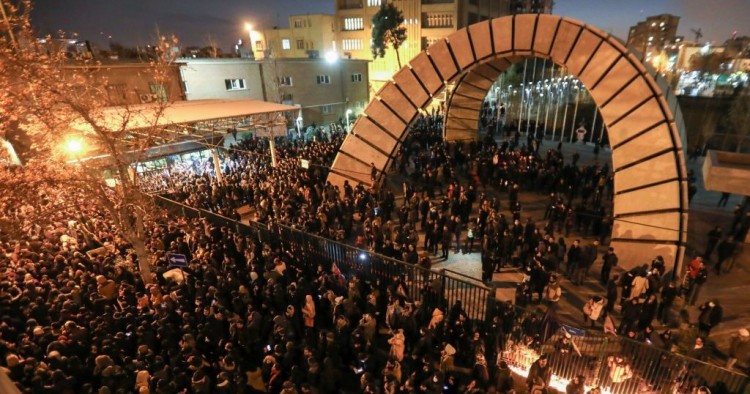 Angry protesters are back in the streets across Iran. This time around, the catalyst was the accidental shooting down of a Ukrainian airliner by the Revolutionary Guards on Jan. 8. Three days of protests followed. The catastrophe that cost the lives of 176 people and its aftermath is truly a moment of reckoning for the Islamic Republic. But as of now, those responsible are still mesmerized by how to escape blame. The list of passengers, mostly of Iranian origin, included many young people pursuing education abroad. They had left their homeland for better lives, but somehow the Islamic Republic still caught up with them. It is a tale of incompetence and, more importantly, of a callous political system that simply cannot accept responsibility or admit that there is a real yearning among Iranians for a fundamental change of course.

The protesters, risking their lives, no longer bother asking for political reform. The demand is that Supreme Leader Ayatollah Ali Khamenei immediately step down. The anger directed at him is understandable. He epitomizes the unaccountability of the regime and has shown little sympathy for the victims of the airliner. The contrast to the way Khamenei mourned the death of his acolyte, Gen. Qassem Soleimani, last week is staggering and insulting. For the victims of the airliner, there was no national mourning announced, no black flags on television, and no mention of revenge. In fact, Khamenei seems to genuinely loath the majority of the Iranian people that are by all accounts against the Islamic Republic. He wishes he ruled over a different people, while the Iranian people wish they had a different ruler.

And yet, while these latest protests will likely also be repressed as before, the anger against Khamenei and his foot soldiers in the Revolutionary Guards will not go away. It is clear that the Iranian public expects more than just the firing of a few military commanders. But it is also clear that Khamenei, as a person and a political operator that has been at the heart of decision-making in Iran since 1979, will settle for more repression and stay the course. It is a strategy doomed to eventually fail but the 80-year-old Khamenei believes he has no option but to persevere. He believes making concessions under pressure at home and from abroad is a risky path and likely to lead to the end of the Islamic Republic.