Another missed opportunity for Iran and the US 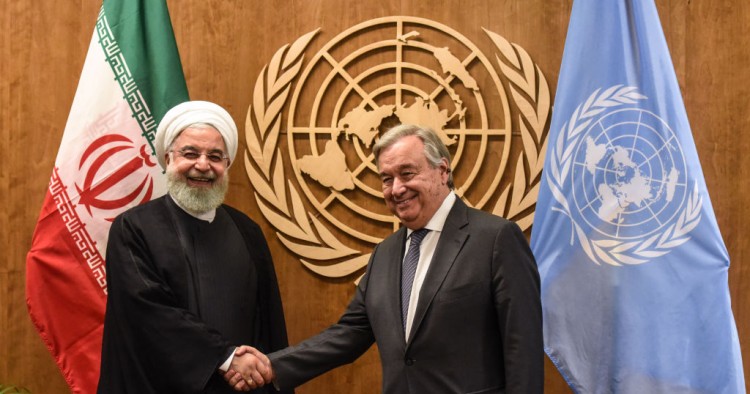 Iranian President Hassan Rouhani and Foreign Minister Javad Zarif do not expect to meet with senior U.S. officials in New York this week. For that to happen, President Donald Trump has to first lift the sanctions on Iran, and that is an unlikely scenario. As a compromise, the French proposal of a $15 billion line of credit for Iran in return for its adherence to the 2015 nuclear deal might be revisited by world powers on the sidelines of the UN General Assembly. But even that is unlikely to lead to a one-to-one meeting between Trump and Rouhani.

However, the Iranians are not in New York to attack Trump but to cajole him. Zarif has already made that clear in his interviews given to the U.S. media. As at last year’s UN meeting, Zarif is speaking directly to Trump about his team “misinforming” him about the contradictions in his administration’s Iran policy. In his messaging to the American public, Zarif will cast the U.S. president as the unwitting accomplice in a U.S. policy that has zero chance of bringing Iran back to the negotiating table. Zarif’s message is that the “B Team” — Israel, Saudi Arabia, and the UAE — are trying to dupe the U.S. into waging an unnecessary war against Iran.

This is a big charge, which makes it even more puzzling why the Iranians will not take the opportunity to make their case directly to the American president. Would a couple of hours alone in a room with Trump be such a dangerous idea? To understand this Iranian reticence, one has to consider the fierce struggle for power in Tehran. A Rouhani or Zarif meeting this week in New York will come back to haunt them at home. You will not hear it from either man, but the Iranian regime as a whole is still split on what to do with the United States. Rouhani’s opponents back home are praying for him to bungle it in New York. It is not a new fight though. It dates back to the birth of the Islamic Republic in 1979. Regardless of the faults of the Trump’s administration’s Iran policy, and there are a good few, this week Rouhani and Zarif will once again miss an opportunity to act big and bold toward the United States. Fearing the consequences of a photo-op with Trump is intrinsically petty. Both men know it, but they too are captives of the Islamic Republic’s cutthroat rivalries where the American question has always been more about intra-regime politics than anything else.

Alex Vatanka is a Senior Fellow at MEI and specializes in Middle Eastern regional security affairs with a particular focus on Iran.