Assad tends to his base by making amends with the Makhloufs 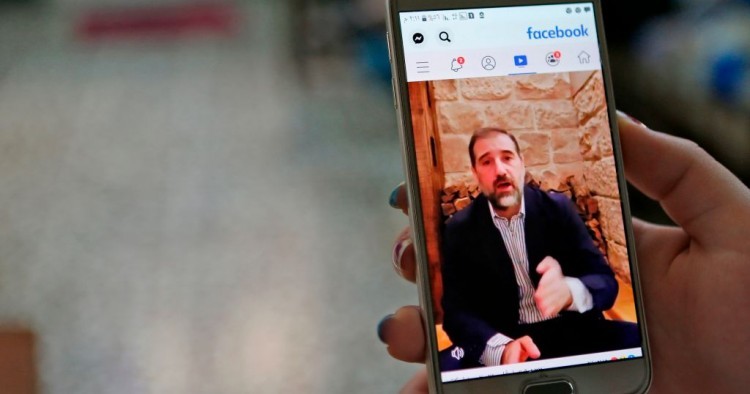 Reports emerged this week that President Bashar al-Assad traveled on Sunday to his ancestral hometown and Alawi stronghold of Qardaha for a meeting with members of the powerful Makhlouf family. The meeting was essentially a reconciliation with the family that his father, Hafez, married into and has been at the very center of the Assad regime for the entirety of its reign. The reason for the reconciliation was the need to smooth over relations after the takedown of Bashar’s cousin, Rami Makhlouf, earlier this year. Rami was long considered the richest man in Syria with a financial empire that included stakes in one of the country’s two mobile operators, SyriaTel, ownership of substantial real estate assets, and an exclusive license to operate duty-free shops at land and air borders. Over the past year, however, Rami has been stripped of all his exclusive licenses and had most of his domestic assets frozen by Syrian authorities, ostensibly on charges of tax fraud.

The move by Assad demonstrates that he is still attuned to the needs of one of his key constituencies. The Makhlouf family has grown rich and powerful across Syria but carries particular weight in the coastal provinces from which their Alawi community hails. Rami in particular was responsible for employing several thousand Syrians in coastal areas through his al-Bustan Association “charity” and providing weapons and salaries for several hundred or thousand armed militia fighters in the area. While Rami’s downfall has not led to open conflict with the regime — as some worried after Rami made a veiled threat in a video rant on Facebook — it has clearly caused sufficient disruption within the inner circles of the regime. Concerns over the Makhlouf family’s continued support were likely the impetus for the Qardaha meeting. As the Syrian economy struggles and pressure mounts over a potential constitutional rewrite and upcoming presidential elections, Bashar may be seeking to shore up support from a core group of backers.

The meeting also appears to have been a follow up to the awarding of the exclusive license for the operation of the country’s duty-free zones to Rami’s younger brother, Ihab, and a Kuwaiti businessman. These zones were considered one of the crown jewels in Rami’s empire, bestowing prestige but also serving as a conduit for smuggling luxury goods and bringing in much needed foreign currency. Ihad resigned earlier in the year from his position as vice chairman of SyriaTel in protest over his brother Rami’s outspoken criticism of the president. Ihab, who is under European Union sanctions for his financial support for the Assad government and fostering violence against demonstrators, has apparently been rewarded for abandoning his brother and standing with Bashar. The appointment of Ihab is beneficial to both Bashar and the Makhloufs as it keeps the lucrative concession “within the family.”

Both the meeting and concession to Ihab also show that Assad still has debts to “old” constituencies even as he is forced to reward a new group of supporters, mainly militia leaders. As analysts have noted, the new Syrian Parliament contains a number of former pro-government militia leaders-turned-politicians as well as former Syrian Arab Army commanders. The question going forward is whether Bashar has enough concessions to hand out to key supporters — be they seats in Parliament or exclusive licenses — to keep his ranks closed. He has shown a remarkable resiliency throughout the nearly 10 years of war — usually with a savage price — although given the deteriorating economic situation and the COVID-19 outbreak, he may only be rearranging deck chairs on the Titanic.

Nick Grinstead is a Non-resident Scholar with MEI's Syria Program. He has been researching dynamics in regime-held Syria for several years now, especially the relations of loyalist militias to the state and with foreign patrons. He also works as a Senior Regional Security Analyst for Le Beck International, a Middle East based security and risk consultancy. The views expressed in this piece are his own.