Avoiding water bankruptcy in the drought-troubled Southwest: What the US and Iran can learn from each other 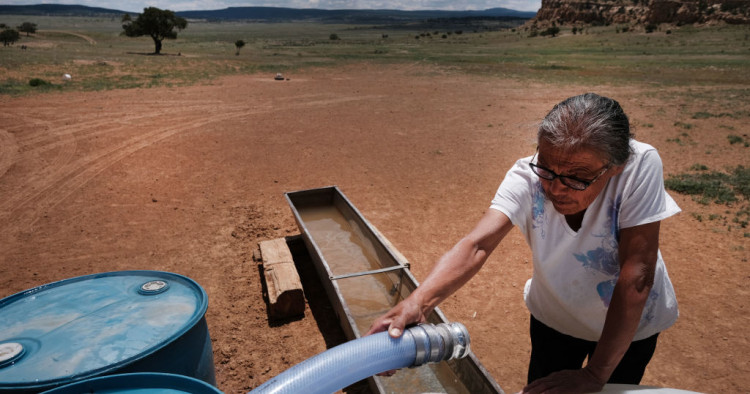 This article was co-authored by MEI Non-resident Scholar Kaveh Madani along with Mojtaba Sadegh, Ali Mirchi, and Amir AghaKouchak for The Conversation.

The 2021 water year ends on Sept. 30, and it was another hot, dry year in the western U.S., with almost the entire region in drought. Reservoirs vital for farms, communities and hydropower have fallen to dangerous lows.

The biggest blow came in August, when the U.S. government issued its first ever water shortage declaration for the Colorado River, triggering water use restrictions.

In response, farmers and cities across the Southwest are now finding new, often unsustainable ways to meet their future water needs. Las Vegas opened a lower-elevation tunnel to Lake Mead, a Colorado River reservoir where water levels reached unprecedented lows at 35% of capacity. Farmers are ratcheting up groundwater pumping. Officials in Arizona, which will lose nearly one-fifth of its river water allotment under the new restrictions, even floated the idea of piping water hundreds of miles from the Mississippi River.

These strategies conceal a more fundamental problem: the unchecked growth of water consumption. The Southwest is in an “anthropogenic drought” created by the combination of natural water variability, climate change and human activities that continuously widen the water supply-demand gap.

In the long run, this can lead to “water bankruptcy,” meaning water demand invariably exceeds the supply. Trying to manage this by cranking up water supply is destined to fail.

More than 7,000 miles away, Iran is grappling with water problems that are similar to the U.S. Southwest’s but more severe. One of the driest years in the past five decades, on the back of several decades of mismanaged water resources, brought warnings of water conflicts between Iranian provinces this year.

Continue reading on The Conversation