Baghdad will continue its outreach to its Arab neighbors 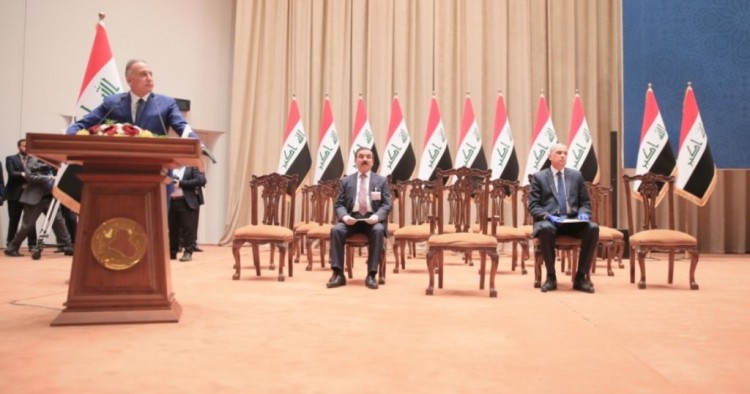 Last year, Iraqi officials signed a free trade agreement with Jordan and a deal to implement the Basra-Aqaba oil pipeline, an interconnectivity framework agreement with the Gulf Cooperation Council Interconnection Authority (GCCIA) to diversify power imports and create a regional utility market, and discussed strengthening economic ties with Egypt and Jordan, including establishing joint industrial zones and pursuing cooperation in energy and reconstruction.

Despite the increased clout Tehran has built up in Baghdad during former Prime Minister Adel Abdul-Mahdi’s tenure, there is a ceiling to how much influence it can have in Iraq. So far Arab countries, particularly the GCC countries, Egypt, and Jordan, have neither shown the political will nor devoted the means necessary to reduce Iran’s influence in Iraq. However, they can in the future focus their financial and technical assistance on a few key sectors that are critical for Iraq to deal with domestic challenges that have to-date enabled Tehran to cement its position in intra-Iraqi affairs. Iraq’s Arab neighbors can help Baghdad address internal displacement issues in coordination with the EU and international organizations; develop its oil, gas, and water industries, thus breaking Iraq’s dependence on Iranian gas and electricity imports; and assist in the training and advising of Iraqi security forces.

Prime Minister Mustafa al-Kadhimi will continue down the path of reaching out to Iraq’s Arab neighbors on the political, security, and economic fronts. However, similar to his predecessors, extra-regional and regional tensions will to some extent limit his ability to travel far down that path. While tensions between the U.S. and Iran, Saudi Arabia and Iran, and the United Arab Emirates-Egypt-Saudi Arabia and Turkey will complicate the task of the Iraqi prime minister in promoting a centrist foreign policy, they will also create opportunities for a skilled mediator like al-Kadhimi, who has over the years cultivated a wide network of contacts in the Arab region, to position Iraq as an acceptable mediator in intra-regional conflicts.

Randa Slim is a Senior Fellow and the Director of MEI’s Conflict Resolution and Track II Dialogues Program. The views expressed in this piece are her own.