Balancing relations with Washington and Tehran 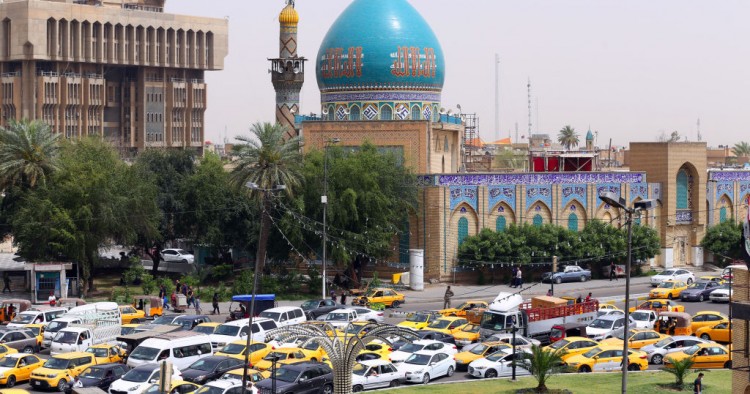 Prime Minister Mustafa al-Kadhimi spoke to President Donald Trump and Iranian President Hassan Rouhani on May 11 trying to balance Iraq’s two key foreign relationships. Trump signaled support as his administration plans for a major bilateral meeting on June 10. Washington has two essential national security objectives in Iraq. First, it wants to help diminish the threat ISIS poses in Iraq and beyond. Roughly 5,000 American troops at a few bases train Iraqi forces and launch special operations against ISIS with them. The future of those forces figures high on the June meeting’s agenda. The previous inability of the Iraqi government to stop pro-Iranian militias from attacking American targets, along with a January Iraqi Parliament vote to eject American forces, generated sharp American ire. Washington must decide if it will grant concessions that al-Kadhimi can use to convince Tehran to accept a sustained American military presence. Notably, Washington must decide whether to back a gradual effort to undermine pro-Iranian militias; some Americans want the PM to strike fast and hard even if that risks major urban combat among Iraqis. An American willingness to reduce its force while boosting NATO trainers would also help al-Kadhimi sway the Iranians to sustain support for his government. The PM will underline that Iraqis do not want their country to be the battlefield where the U.S. and Iran try to settle scores.

Washington’s other priority interest is to stop Iraq from helping to finance Iran’s weak economy. Longstanding Iraqi imports of Iranian gas and electricity have become an irritant for Washington. Kadhimi just received a four-month renewal of a waiver of American sanctions on electricity imports from Iran. Especially in the intense Iraqi summer heat, spikes in electricity demand and the public dissatisfaction with shortages become big political risks in Baghdad. Realistically, Iraq needs several years to build the infrastructure to end its reliance on Iranian energy imports. Al-Kadhimi will have to convince Washington to give him more time while also convincing Iran not to provoke the Americans and end an arrangement that now benefits both Baghdad and Tehran. Al-Kadhimi’s government reengaging with U.S. companies interested in infrastructure projects would help mollify the Trump team.