Big questions for Libya in 2020 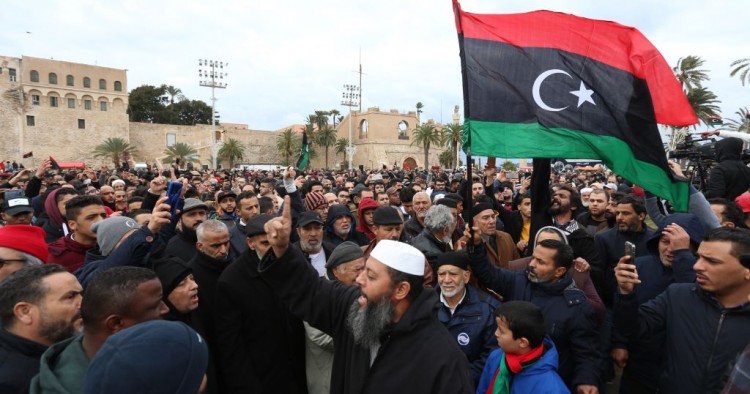 The first days of 2020 have seen further sickening developments in Libya’s civil war. These include a horrifying aerial attack on Jan. 4 that killed and wounded dozens of unarmed young men assembled at a Tripoli military academy, and the fresh presence of hundreds of foreign fighters from Syria imported to Libya by Turkey in an effort by the Tripoli-based government, the Government of National Accord (GNA), to counter a similar number of Russian mercenaries deployed on behalf of General Khalifa Hifter.

Calls by the UN Secretary General for a cease-fire and renewed political talks have been ignored by the major foreign actors: Turkey and Qatar for the GNA; Russia, UAE, Egypt, Jordan, France for Hifter.

What happens next? Big questions include:

On the civil war: will the GNA forces collapse under the pressure of Hifter’s air campaign and foreign help, leading to an even uglier block-by-block ground war in Tripoli’s neighborhoods? What impact will the newly-arrived Turkish-sponsored forces have? Will the Libyans move beyond slaughtering one another to kill foreigners now in their midst? Will the proxy war stay limited to Libya, or have consequences beyond Libya’s borders — north, south, east or west?

On Libya’s oil: will the conflict force the National Oil Corporation to curtail production of the country’s principal source of revenue and if so, with what consequences for ordinary Libyans? Will any of the warring actors grab and divert the oil for themselves?

On who controls Libya: will Prime Minister Fayez al-Serraj survive a fifth year as Libya’s recognized leader? Will General Hifter instead emerge from the bloodshed and the rubble as Libya’s new dictator? Or will some other rough beast, its hour come round at last, slouch towards Tripoli to be born?

Strong U.S. leadership could still make a difference to counter the threats arising from the ongoing proxy war, but with President Donald Trump’s October decision to withdraw from Syria and the prospect of a forced U.S. departure from Iraq, the Trump White House appears mainly to have other things on its mind.