Can the Turks be magnanimous after their victory in Libya? 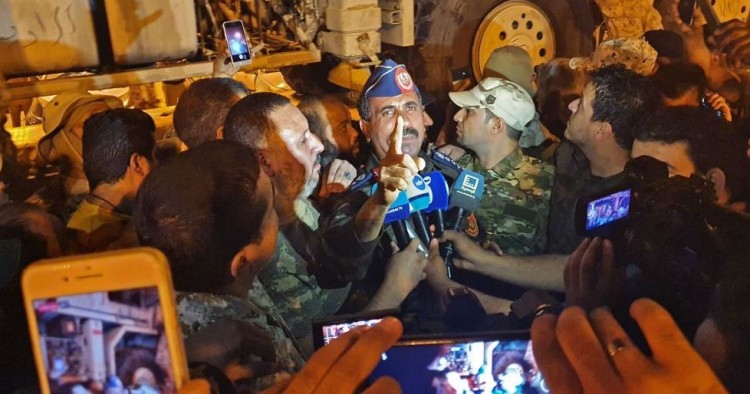 Last week, the Libyan civil war entered a discernable new phase with the first round of the world’s first extraterritorial drone war now concluded. The Turks are the undisputed victors. They are now in the driver’s seat to either foolishly press their military advantage or fill the role of regional elder statesman.

On May 18, militia fighters aligned with Libya’s UN-backed Government of National Accord (GNA) and supported by Turkey captured a strategic airbase from their adversaries, the Libyan National Army (LNA). With the fall of Watiya airbase, the GNA and their Turkish allies have now cemented their outright air superiority over all of western Libya. Tripoli no longer faces any direct threat from the LNA and its head, Khalifa Hifter.

Hifter lost his foolhardy “War for Tripoli,” and now the Second War of Post-Gadhafi Succession will likely rage on in a new form. As it moves eastward toward Tarhuna, and then Sirte and Jufra, the real question becomes how will the Turks extract their pound of flesh? If Turkey is smart, it will push for a broadly palatable compromise and accept some kind of power-sharing arrangement that allows Hifter’s backers (Russia, the UAE, Egypt, and France) to secure their interests in Libya without Hifter himself at the helm.

So far this “rational outcome” does not seem to be happening. The Turks are signaling that they intend to hold to maximalist claims vis-à-vis their intended maritime influence. On May 13, Turkish Energy Minister Fatih Donmez was quoted as saying that Turkish Petroleum (TPAO) has applied to the GNA for an oil exploration permit in the eastern Mediterranean. Drilling in the eastern Mediterranean in areas that either Cyprus or Greece claim as within their exclusive economic zones would be akin to an act of war. It would really be a shame if Turkey chose to drill as its victory dividend. If the Turks just showed restraint, they could play the role of dealmaker and become the leading mediators in the next phase of Libya’s seemingly endless Wars of Post-Gadhafi Succession.