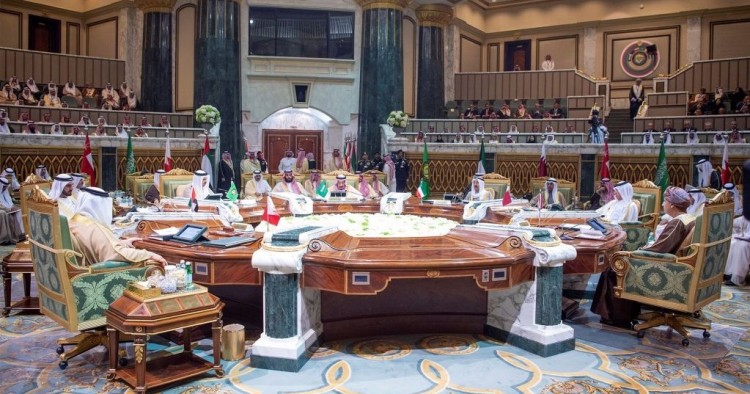 The leaders of the six Gulf Cooperation Council (GCC) member states will meet in Riyadh on Dec. 10 amid signs that the 30-month-old confrontation with Qatar by the self-described “Anti-Terror Quartet” is diminishing. Qatari Foreign Minister Mohammed bin Abdulrahman al-Thani told journalists in Rome earlier this month: “In recent weeks we have moved from a stalemate to some progress. There are some talks that have taken place between us and, specifically, Saudi Arabia.” King Salman sent Qatar’s emir, Sheikh Tamim bin Hamad al-Thani, a handwritten invitation to attend the summit, which will be held at the GCC headquarters in Riyadh.

The nascent dialogue between Saudi Arabia and Qatar is only one indication of a thaw in the ongoing cold war. Qatar was one of the first states to issue a clear condemnation of the September attack on Saudi Arabia’s Abqaiq and Khurais oil facilities. With the Saudis and Emiratis reportedly seeking to reduce tensions with Iran, differences among the Gulf states about ties to Tehran may become less divisive.

In a tangible reflection of an improving atmosphere, Saudi Arabia, the UAE, and Bahrain — three of the four quartet members along with Egypt — sent teams to the Arabian Gulf Cup soccer tournament in Qatar this month. Observers noted the warm reception accorded the teams by the Qatari leadership in contrast to the hostile reception of a Qatari team in the UAE tournament a year earlier.

Despite positive signs that the parties are inching closer to a reconciliation, few observers expect that the dispute will reach a definitive conclusion anytime soon. Unhappiness with Doha’s sympathetic view of the political Islamist Muslim Brotherhood and its close relationship with Turkey remain friction points. The fact that the summit itself is being held in Riyadh rather than the original plan for a UAE venue is indicative that the Emiratis remain unreconciled to Doha despite movement in Riyadh and, perhaps, Manama.