Chaos and contradiction on Syria 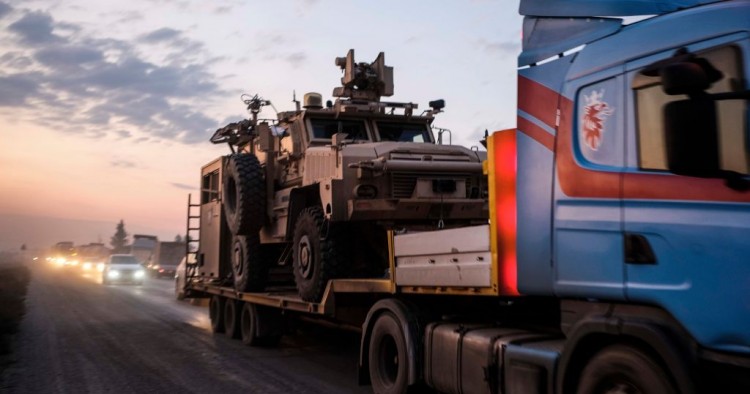 According to U.S. defense officials quoted in the past 24 hours, the majority of America’s 1,000 troops in Syria will have crossed into Iraq by the end of Monday, with the last remaining 100-200 scheduled to depart Syria within “weeks.” Meanwhile, Trump administration officials have begun telling the media that the final contingent of 100-200 troops may in fact stay in Syria to fight ISIS and protect oil fields from advancing Syrian regime forces. That these two contradictory narratives are being disseminated simultaneously to the media illustrates the extent of chaos and uncertainty still gripping the U.S. government in the wake of President Donald Trump’s decision to effectively greenlight a Turkish intervention into northeast Syria.

That executive-level decision revealed America’s hand for all to see. Every development since — including last week’s ceasefire, which in reality was anything but — has been a result of the president’s deal-making prowess. By indicating a complete disinterest in remaining or in protecting our partners, the U.S. has lost all leverage over all actors of any importance. No matter how hard some might try to eek out space for a continued mission in Syria, U.S. troops are on their way out.

Having opened the floodgates for a brutal Turkish-backed campaign, the state of America’s relationship with the Syrian Democratic Forces (SDF) is fraught, at best. Trust in the Trump administration is now virtually non-existent. That some in Washington think another about-turn in policy allowing us to stay in negligible numbers, in a smaller piece of territory, would somehow enable us to sustain an anti-ISIS campaign and control Syria’s oil fields is nothing short of a fantasy. Perhaps after President Trump described Syria as “sand and death,” some thought to appeal to his business bias by dangling the prospect of valuable oil resources to grab his attention?

For now, the Kurdish People’s Protection Units (YPG) is stuck between a rock and a hard place, but it is going to be in Syria a lot longer than America. A deal with the Syrian regime, facilitated by Russia, still appears the most strategically logical option, when the alternative is the barrel of a Turkish gun. The tone and outcome of tomorrow’s summit between Russian President Vladimir Putin and Turkish President Recep Tayyip Erdogan may yield signals as to how such a Syria-SDF deal might take shape.