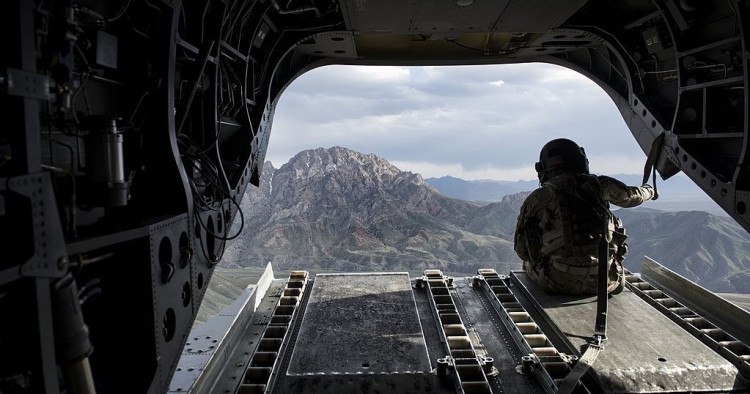 The U.S.-Talban agreement signed on Feb. 29 seemed to fix a schedule for the withdrawal of American forces from Afghanistan. In a first phase they would be cut to 8,600 and they would be withdrawn completely within 14 months, with no known provision for the retention of even a small U.S. counter-terrorism force. American negotiators have insisted that the actual timeline will be condition based. But with the Taliban having pledged in the accord to prevent any group or individual from threatening the U.S. homeland or engaging in recruiting, training, and fund-raising to that end on Afghan soil, it is difficult to see how compliance is to be measured. In the two areas where Taliban behavior could be readily judged, the reduction of violence and evidence of progress in an intra-Afghan peace dialogue, the agreement is silent.

The comments last week of Gen. Kenneth McKenzie muddied the waters of U.S. withdrawal plans. While announcing that that the U.S. troop level had fallen to 8,600 ahead of schedule, the CENTCOM commander described the May 2021 date for full withdrawal as only an “aspirational” commitment. It was contingent, he stated, on multiple factors, including satisfying us that terrorist groups will be unable to use Afghanistan to attack the U.S. To date, the Taliban has never formally denounced al-Qaeda or any foreign terrorist groups, or even been willing to declare them terrorists. Despite a recent UN report accusing the Taliban of still harboring close ties to al-Qaeda, U.S. diplomats anxious to preserve the February agreement have appeared to play down the findings. The Trump administration meanwhile continues to claim that a number of troop withdrawal options are on the table, including a full troop pullout before the November U.S. presidential election.

These confusing messages reflect in part differences between the Pentagon, the State Department, and the White House over troop withdrawal. Most military analysts believe that an untimely departure from Afghanistan could lead to the breakdown of the Afghan security forces and the collapse of the government. At a minimum it is almost certain to weaken Kabul’s hand in any peace negotiations. The uncertainty about the withdrawal timetable has sowed confusion among U.S. partners in Afghanistan and prompted the Taliban to accuse the U.S. of not living up to the terms of their agreement, a claim that could be used to justify stepped-up violence.