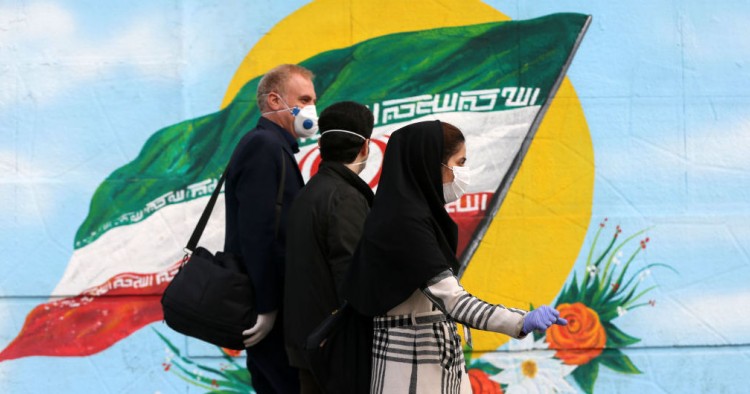 The outbreak of the novel coronavirus (COVID-19) is unfolding rapidly. In a media briefing conducted just before the weekend, World Health Organization (WHO) Director-General Dr. Tedros Ghebreyesus stated that the coronavirus outbreak has reached a “decisive point” and has “pandemic potential.” According to the WHO’s March 1 Situation Report, more than 87,000 people in 59 countries — including 13 MENA countries — have been infected.

The spread of COVID-19 is the latest — but surely will not be the last — reminder that the economic and other extensive links between the Middle East and Asia that have been forged over the past several decades entail risks. For the first time, however, China has been the source, rather than on the receiving end of the transnational challenges to the smooth and stable functioning of Middle East-Asia relations.

The first such risk associated with COVID-19 is the spread of the disease itself. Although the number of fresh cases in China, the epicenter of the disease, appears to have tapered off, the number of reported cases in the Gulf states has climbed. Iran, the regional “hot spot” of the virus, has registered by far the largest number of confirmed cases and fatalities, though as with China, the government’s reluctance to share information means it is possible that the extent of the outbreak has been grossly underreported. Over the past week, Algeria, Egypt, Oman, and the United Arab Emirates (UAE) have reported new cases. The WHO’s March 1 Situation Report also identified the presence of COVID-19 in Bahrain, Iraq, Israel, Kuwait, Afghanistan, Pakistan, Qatar, and Lebanon.

In the short term, the threat of the further spread of the disease is likely to — and to some extent already has — disrupted global supply chains, business travel and tourism, religious pilgrimages, and education exchanges and trainings. The Gulf states have implemented precautionary measures aimed at preventing new infections and are scrambling to do more. Saudi Arabia has temporarily barred entry of foreign pilgrims to Islam’s holiest sites. The UAE has temporarily suspended travel, using national ID cards to help monitor the movement of individuals to and from countries where the virus is present; and is setting up new quarantine and medical surveillance facilities to deal with cases of the virus that might arise.

The nature and extent of the damage to Middle East-Asia commercial and other interactions will depend on how fast and how widely the contagion spreads. Well before the outbreak of the disease, Chinese economic growth had slowed and consumer demand had weakened — a slump compounded by the effects of the trade war with the United States. A prolonged struggle to arrest the spread of the virus could lead to a sharp economic contraction across Asia, suppressing demand for Middle Eastern oil and gas.

Iran, reeling from sanctions that have toppled the economy into recession, has been the hardest hit. Gulf states have banned all flights to and from Iran in an effort to slow the spread of the virus. Turkey and Pakistan have closed their borders with Iran as well. Iran's difficulties accessing medical supplies as a result of the reimposition of sanctions in 2018 could compromise the efforts of the otherwise well-developed Iranian health sector to address the epidemic effectively. But perhaps most worrisome of all is that a surge of cases of the illness across the Middle East could strike the most vulnerable populations, notably the region’s nearly 12 million refugees and internally displaced persons (IDPs).