CPEC need not be a zero-sum game for the US 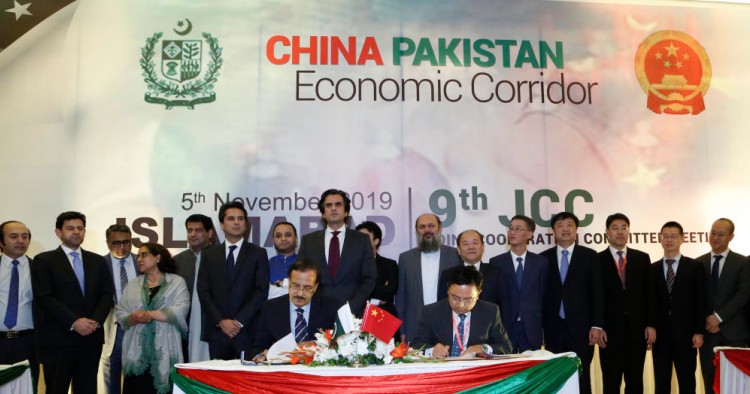 The U.S. point person for South and Central Asia, Ambassador Alice Wells, has just retired. During her last virtual press conference on May 20, Ambassador Wells created a bit of stir, antagonizing China.

Ambassador Wells began her briefing by reiterating how the U.S. finally managed to sign a peace deal with the Taliban during her tenure, and how its bilateral relationship with India has been strengthened. She also seemed pleased about Pakistan being compelled to act more decisively against militant groups operating on its soil, alongside facilitating the Afghan peace talks.

When asked about the China-Pakistan Economic Corridor (CPEC), however, a central part of the ambitious Chinese Belt and Road Initiative (BRI), Ambassador Wells described CPEC as being both predatory and unsustainable. This is not the first time that she has spoken about CPEC or other BRI investments in such starkly negative terms.

There is wider concern about China's BRI projects having saddled developing countries with unaffordable debts. Yet, desperate for infrastructure and energy investments, Pakistan has largely brushed aside such concerns. The Chinese Embassy in Pakistan has taken exception to Ambassador Wells’ latest statements, describing them as "irresponsible" and a "doomed attempt to defame Sino-Pak relations."

While Ambassador Wells’ criticism of CPEC is consistent with the current U.S. administration’s increasingly hardened stance on China, her maximalist position toward China’s role in South Asia does not bode well for regional stabilization.

Although the U.S. and India have a range of mutual interests, the U.S. betting on an ultranationalist Indian government to help counterbalance China is exacerbating regional insecurities. The growing U.S. strategic reliance on India has fomented closer bilateral ties between China and Pakistan, straining the U.S.-Pakistan relationship.

The U.S. does not need to match Chinese investments in Pakistan, but it need not view CPEC as a zero-sum game either. In fact, the U.S. can help Pakistan overcome overdependency on coal-dependent CPEC energy projects by offering more feasible green energy technologies, which in turn would lessen its dependence on CPEC, without further antagonizing either country.

Syed Mohammad Ali is an international development expert, a non-resident scholar at MEI, and a columnist with the Express Tribune in Pakistan. Recently, he has been teaching at Georgetown, Johns Hopkins, and George Washington universities. The views expressed in this piece are his own.