Dispatches from Jerusalem: On the brink in the Middle East between escalation and de-escalation 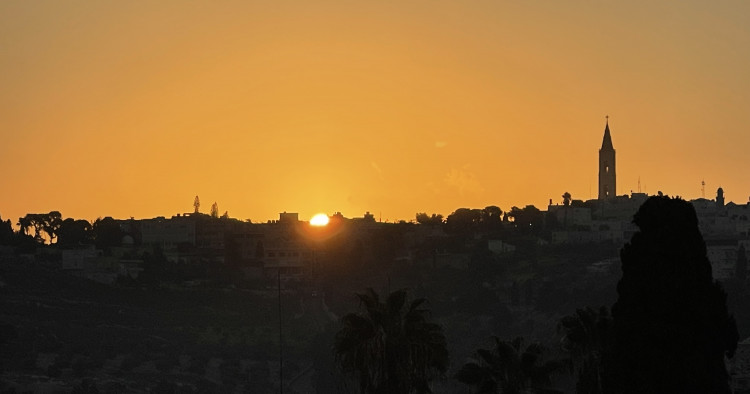 My week of meetings with Israeli and Palestinian officials and analysts in mid-September has left me groping for a coherent through line in the story about today’s Middle East. It’s the best of times and the worst of times, depending on where one sits. Synthesizing the countervailing and complicated regional trends in September 2022 runs the risk of oversimplification on many fronts. Same as it ever was.

But one consistent theme on this trip was the absence of bold, visionary leadership to build coalitions within the respective Israeli and Palestinian camps. This hampers progress and opens the door to more fragmentation, extremism, and risks. For all of the divisions between the various countries and non-state actors of the Middle East, the bigger challenge today may be the divisions coming from within and how that affects the regional trends, both positive and negative.

On the negative side, from the Israeli perspective, Iran has moved forward in its nuclear program, leaping ahead in its capacity to produce fissile material, though the information about its weaponization efforts remains unclear. Perhaps the bigger, more imminent worry — stressed at a counterterrorism conference in Israel this past week — is the regional security threat that Iran and its network of partners pose to Israel through asymmetric escalations and acts of terror and intimidation, the typical weapons of the weaker and more desperate actors less sure of themselves.

For Palestinians, the picture is even grimmer than the Israeli perspective. “No hope” was the common theme in conversations with both Palestinian officials and regular people alike. The focus remains on the long list of unresolved problems with Israel and how that impacts the lives of Palestinians. But there is also a growing sense that the regional normalization dynamics were leaving them by the wayside. In addition, a deep worry has emerged about the inability and unwillingness of Palestinian leaders of various stripes to respond to the basic concerns of the people as well as advance political and diplomatic strategies that achieve concrete outcomes to match the lofty yet bitter rhetoric of leaders’ speeches. Add to this growing insecurity inside of the occupied West Bank and the ever-present concerns of another devastating round of violence in Gaza, and such national pessimism makes sense.

Counterbalancing these negative dynamics are some positives, though the list is longer for Israelis than Palestinians. For Palestinians, a few do find hope in the simple fact that a leadership transition is inevitable at some point. It’s hard to overstate the Palestinian desire for fresh faces in leadership and something new, and yet the uncertainty about how smooth the inevitable transition will be casts a long shadow.

Israel sees for itself more positives in its own ledger: this past week it celebrated the second anniversary of the Abraham Accords and openings with the United Arab Emirates, Bahrain, and Morocco; and there’s a strong sense that there’s more to come in this area. The regional economic and security openings for Israel are now widening, and it includes new arrangements like the I2U2, which brings Israel together with its closest partner, the United States, and two relatively new partners, India and the UAE, in efforts to address human security concerns like water, energy, and food security.

But even Israelis who are fully onboard the regional normalization train see potential obstacles on the tracks ahead. They acknowledge that many of these impediments are linked to the unresolved issues with their nearest of neighbors, the Palestinians. Israel looks caught between a regional integration dynamic coming mostly from the east, as it continues to face criticism and weak threats of isolation from some pockets in Europe and America because of how it deals with the Palestinians.

Looming over all of these complicated trends in the region is the common challenge facing Palestinians and Israelis alike — the lack of political leaders who can build stable coalitions at home to get big things done and seize the opportunities. Israel is heading into its fifth election in three years in a few weeks. No one seems happy about it, and no one is predicting a fundamentally different outcome in terms of the divided landscape. The common bet is that Israel will have a sixth election in 2023.

Palestinians are experiencing a political legitimacy crisis perhaps unlike ever before. Many of the same faces that were around in leadership positions 30 years ago are still there. Almost certainly, those faces won’t be there 30 years from now. The question that bold leaders ask themselves about what they’d like to leave behind as their legacy seems not to be at the forefront of the minds of most Israeli and Palestinian leaders today. Instead, they remain fixated on an immediate horizon that grows cloudier every day.

The competing trends of de-escalation and escalation aren’t immutable. History shows that leaders can shift things in a positive or negative direction. But the big question in late 2022 revolves less around whether a new regional normalization accord is signed and more around whether different types of leaders can emerge from within to produce stronger national unity and confidence to seize the opportunities while dealing with the threats.

Brian Katulis is the Vice President of Policy at the Middle East Institute.