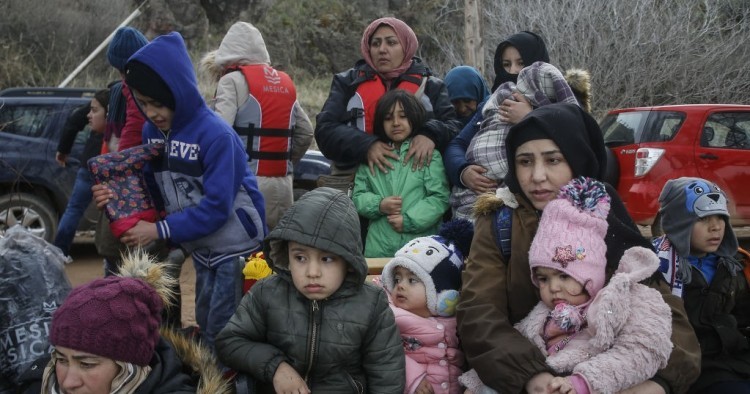 The recent “elections” held by the Syrian regime have confirmed that Bashar al-Assad and his Russian and Iranian backers are doubling down and removing even the faintest possibility of an internal challenge to his rule. The only good thing about this sham is that it probably made it clear to even the most delusional of international mediators that it will be impossible to hold proper elections in Syria anytime soon under the current circumstances.

However, the blatant disregard for even the pretence of regularity speaks to the regime’s increasing insecurity and intransigence, which will likely further reduce the possibility of it genuinely negotiating in any of the tracks of the ongoing political process in Geneva. The constitutional committee is going nowhere, and it is an open secret that international guarantors are looking for new ideas to keep the process alive.

At the same time, the pressure on the Syrian regime is increasing. The rampant corruption and high cost of financing the war on the Syrian people have crushed an already crippled economy. The growing impact of EU and U.S. sanctions, imposed for the human rights abuses and crimes against humanity committed by the regime, is likely to further increase the regime’s dependence on Russia and Iran, but also to breed more internal turmoil, the likes of which have been witnessed over the past several months. In addition, the pandemic is ravaging regime-held areas due to the incompetent and conspiratorial manner in which the spread of the virus has been handled. The narrative of Assad having “won the war” is full of holes.

The circumstances seem to be right for a genuine rethink of the political process, but there are few answers to the question that can be heard often in Geneva, Washington, and Brussels these days: "What now?" I strongly believe that the answer lies with the constituency that forms the majority of the Syrian population and holds the key to any sustainable political solution and lasting peace: the 13 million displaced Syrians.

The Syrian Association for Citizens’ Dignity (SACD) has just released a major report, titled “We Are Syria,” full of detailed information that is as relevant as it is timely for the current moment. This report could help to provide the answer to the question “What now?” asked by the U.S. and the EU: reorient the political process to make the rights of the displaced its foundation, and make the regime and its allies understand that this is the way toward the easing of sanctions and ultimately a sustainable political solution.

The analysis in this report is based on a large, representative sample; it provides uniquely rich information. Researchers with the SACD invested enormous effort in reaching displaced Syrians in various countries, as well as inside Syria, to explore in depth what motivates their thinking about returning home and details the factors that need to change from their point of view to allow them to return home safely.

At least nine million displaced Syrians want to return home one day but need to see significant changes in the conditions on the ground before that happens. Security is their number one concern, and this must form the basis of every conversation seeking to address this unprecedented displacement of civilians in conflict.

Three-quarters of displaced Syrians want to see a comprehensive political solution guaranteeing their rights before they would feel safe to return. While the survey highlighted a range of specific concerns that Syria's displaced would want to see addressed before they could safely return, 73 percent of respondents said that a formal political agreement needed to be in place before they would trust those changes. This was true across the board, among all of those surveyed from all territories of control. The passage of time without a political settlement is only making return seem less possible for most of the displaced.

The number one priority for the large majority of study participants relates to the need to reform the security sector and curb its powers over civilian life; 82 percent of respondents called for the complete dismantling of the current security services.

More than 81 percent of participants who wish to return identified the “departure of the regime with all its key figures” as an essential condition for that to happen, while 12 percent said they would be satisfied with the “departure of the head of the Syrian regime.” The narrative about a “useful Syria” created by chemical weapons, Russian airstrikes, Iranian militias, and barrel bombs simply did not resonate with the majority of Syrians.

This survey provides numerous other crucial insights as well, from how the social and communal conditions shape people’s intention to return to the increasing dangers of premature return caused by the pressures in some host countries and terrible conditions of internal displacement.

Displaced Syrians make it clear in this survey that it is essential to develop a political solution that has their rights at its foundation, and the creation of an environment for safe, voluntary, and dignified returns as its backbone. The process may be demanding, and the solutions complex and challenging, but this is the only sustainable, realistic way to prevent the war from becoming an unending conflict with recurring cycles of violence that destabilize the region and beyond.

As this unavoidable reality gradually begins to inform the political process on the future of Syria, it will be of decisive importance to ensure that the views of displaced Syrians are comprehensively, genuinely, and adequately represented in the shaping of key decisions and solutions. Displaced Syrians are the only group that can define what constitutes the minimum conditions for a safe environment, and their return is key for a legitimate political solution, constitutional referendum, elections, and reconstruction. This is the moment to finally hear them and take them seriously, for everyone’s sake.

Labib al-Nahhas De La Ossa is a Syrian politician and activist, formerly an IT/software entrepreneur. Originally from the city of Homs, Syria, he is currently the Program Director at the Syrian Association for Citizens' Dignity. The views expressed in this piece are his own.