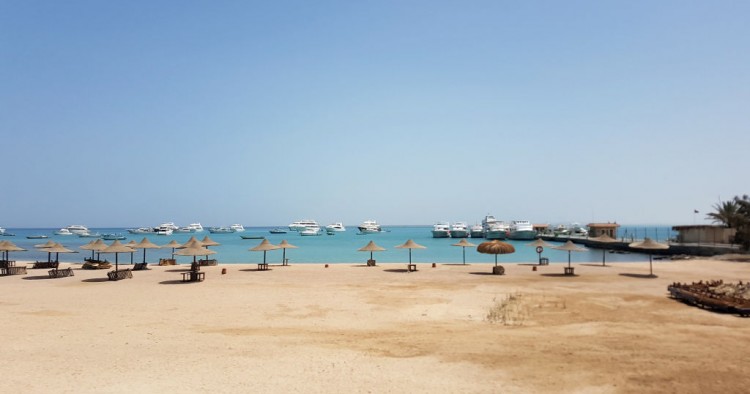 As part of the Egyptian government’s efforts to protect workers from the economic fallout of the COVID-19 pandemic, the Ministry of Tourism had issued directives protecting trained labor from layoffs under the present circumstances. On April 26, Minister of Tourism Khaled al-Anany revoked the operating license of a major hotel in Sharm el-Sheikh, an internationally renowned tourist destination in south Sinai, after it laid off workers. It was the second such major closure, following that of another large hotel in the same governorate a few weeks earlier that had failed to pay its staff’s wages. The ministry has attempted to strike a balance between protecting the livelihoods of those employed in the tourism sector — almost 2.5 million people in 2018, just over 9.5 percent of the total labor force — and trying to prevent the spread of the infection. A maximum of 50 percent of any organization’s staff are allowed on site at any time and all employers have to conduct daily medical checkups and temperature checks.

Tourism is one of Egypt’s top three revenue earners, along with Suez Canal revenues and remittances, and all three are going to be hit by the economic fallout to varying degrees. Tourism, which had seen a 16.5 percent increase last year, contributing almost 12 percent of the country’s GDP, is likely to be decimated this year. It’s currently losing almost $1 billion a month. This kind of damage is unknown territory for those in the business — even in during the worst years of the late 1990s, when international tourism dwindled to a mere trickle in the wake of a particularly violent terrorist attack in Luxor, domestic tourists made the difference between poverty and starvation for much of Upper Egypt. The current pandemic has ensured that even that lifeline has been severed.

Climbing unemployment is a major specter for Egypt. Tourism will be hard hit, as will the hospitality industry in general. The government is watching falling oil prices in the Gulf with trepidation; there are almost 4.5 million Egyptians working in the region, almost 3 million of them in Saudi Arabia alone. These workers provide a significant portion of the almost $25 billion in annual remittances that flow into the country’s foreign reserves. Unemployment figures, which had been dragged down to 8.5 percent, are expected to climb back up to 10.3 percent this year and possibly cross the 11 percent threshold in 2021. With anywhere from 550,00 to almost 700,000 workers joining the labor force annually, unemployment ranks as one of the country’s biggest threats.

While the government has issued a raft of measures to help buttress the economy and its citizens (not necessarily the same thing) from the fallout, it will need help. Accordingly, Prime Minister Mostafa Madbouly had announced on April 26 that Egypt would be asking the IMF for financial assistance under the Fund’s Rapid Financing Instrument (RFI) and a Stand-By Arrangement (SBA) over the course of year. While approval could take a few weeks, it’s very likely that the IMF will provide the aid. It’ll be sorely needed.