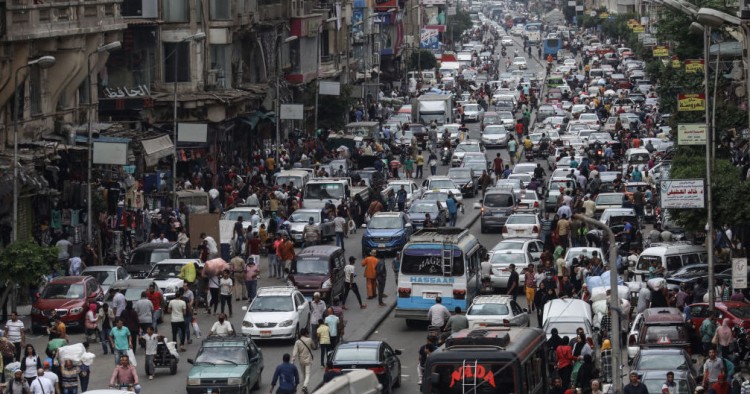 Last December looked particularly rosy for Egypt’s minister of manpower, Mohamed Saafan. Egypt’s unemployment rate, which had been steadily falling since 2016, was at 7.8 percent, the lowest level in 30 years, according to the Central Agency for Public Mobilization and Statistics (CAPMAS). His ministry was working on a plan to reduce it further still to 6.3 percent the following year. It had also dubbed 2019 the Year of Vocational Training, a seriously underserved market and something of an Achilles’ heel for the economy. Accordingly, he announced in a newspaper interview, 38 permanent vocational training centers and 13 mobile training units had been set up or refurbished in 27 governorates. Things were looking up. And then, the world coughed.

Despite another dip down in the first quarter of this year to 7.7 percent, unemployment in Egypt is inching back up thanks to the economic fallout from COVID-19 pandemic, reaching 9.2 percent by the end of April, according to CAPMAS. This was largely attributed to the lockdown. The International Monetary Fund (IMF) expects it to climb further still, to 10.3 percent by the end of this year, and 11.6 percent in 2021. Although most observers expect that figure to start dipping toward the end of 2021, it’s far too early to rely on the fallout being a V-shaped recession. Those figures, along with Egypt’s projected growth rate — it’s the only country in the region with a positive projected growth rate — are based on many factors remaining equal and there are signs that this might not be the case.

One of the alarm bells that should be ringing loudest is the possibly of Egyptian expats being laid off and returning home. There are approximately 4.5 million Egyptians in the Gulf region, around 3 million of which are in Saudi Arabia alone. The economic consequences of the pandemic have exacerbated an already problematic situation in the Gulf, which has been heavily affected by falling oil prices, down a staggering 70 percent, an 18-year low. Large-scale layoffs are generally understood be right around the corner. The closest comparison for the Egyptian labor market was the Iraqi invasion of Kuwait in 1990, when over 1 million Egyptian expats were forced to return home from Iraq and Kuwait. The stakes are significantly higher this time and matters are complicated by the fact that there is no precise data on the nature or composition of these expats, with relation to professions or qualifications. There is no way of knowing how many dentists are going to be returning home to look for work, as opposed to manual laborers or white collar employees, making contingency planning difficult. The ministries of Foreign Affairs and Immigration both have information on Egyptians abroad but that information includes those working and studying abroad.

Those hoping that Egypt can simply recreate its success on lowering unemployment should note that that successful effort received a huge boost from state projects, over four years, 2014-2018, to the tune of over EGP 2 trillion — funds that the state is unlikely to be able expend with any ease any time soon.

A possible influx of returnees from the Gulf swelling the ranks of the unemployed is bad enough, but it also comes with a serious complication — the possible loss of remittances contributed by those returnees.

Remittances are a huge part of Egypt’s economy, amounting to over $25 billion last year. The 2019 figure was down 5 percent from the year before, due to a host of reasons, among them regional instability, chiefly the wars in Yemen, Libya, and Iraq, the decline in oil prices leading to few Gulf development projects, and competition from other nationalities, particularly for laborers. The first step for the ministries of Foreign Affairs, Immigration, and Manpower is to pool their resources and collate information on numbers and professions. The information will be vital if Egypt is to have any chance at tackling the issue.