Egypt’s Suez Canal: A ray of light amid the economic gloom 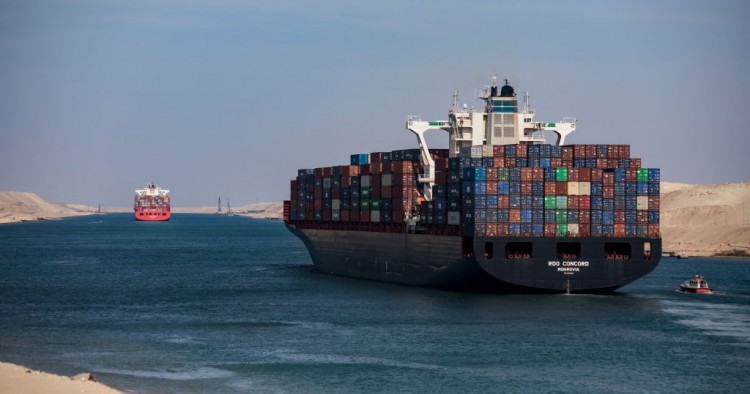 As the full impact of the COVID-19 pandemic began to seep in, it was clear that Egypt’s economy, like that of much of the world, would take one serious hit after another. Despite the fact that it is the only regional economy expected to avoid negative growth, and despite the government’s best efforts, economists are anticipating the gains of the previous years will gradually dissipate. Growth will be hobbled, consumption will shrink, unemployment will rise, and investment, both domestic and foreign, is likely to take a serious hit. Of particular concern were the tourism trade, remittances, and Suez Canal revenues. The damage to the tourism trade happened fast and took on speed — it’s currently losing almost $1 billion a month, according to the minister of tourism, Mohamed el-Enany. It’s no comfort, but Egypt isn’t alone in this — the UN World Tourism Organization (UNWTO) expects that global tourist arrivals will be down by 20 to 30 percent in 2020 over the previous year. Internationally, that could translate into a loss of about a third of internal tourism revenue receipts, a staggering five to seven years’ worth of growth. For comparison, UNWTO notes that in 2009, on the back of the global economic crisis, international tourist arrivals declined by four percent, while the SARS outbreak led to a decline of just 0.4 percent in 2003. For Egypt, it’s been an especially harsh blow since the sector had just had its best quarter ever and raked over $12.5 billion, accounting for almost 15 percent of GDP. And considering that the industry constitutes almost 10 percent of total employment (not counting the feeder industries), the threat of unemployment weighs even heavier than that of lost revenue.

Economists, and the government, are keeping a wary eye on remittances, which brought in $25 billion last year. The 4.5 million Egyptians who work in the Gulf are likely to be directly impacted by the region’s economic troubles, among them falling oil prices. The first signs of trouble were seen in Kuwait on May 3 when local police used force to disperse what the state-run news agency KUNA called “a riot” by Egyptian laborers at a shelter, awaiting repatriation. The Kuwaiti government had already suspended fines and prison time for those who had overstayed their work visas and had gathered them in shelters. Kuwaiti authorities have pushed for mass deportations of foreigners for infractions from visa issues to traffic violations. Egyptian embassy officials hurried to the scene to assure the laborers that repatriation flights had already been scheduled for later this week.

There has, however, been one ray of light amid the economic gloom. Despite much handwringing, Suez Canal revenues have not dipped. On the contrary, the Suez Canal Authority Chairman Osama Rabie announced on May 4 that the Canal reported a 2 percent rise, to $1.907 billion, up from $1.869 billion the previous year, in its revenues in the first four months of 2020. There had actually been an increase in ships (in both directions) in the first four months of 2020 – 1,731 in 2020, up from 1,580 the previous year. Maritime traffic has also increased by 8.7 percent from last year. It’s difficult to overstate the importance of the Canal to the international shipping trade — it’s the fastest shipping route between Europe and Asia — but it’s importance to Egypt economy is even greater still.  And considering the ravages caused by the pandemic and those still to come, this is very good news indeed.