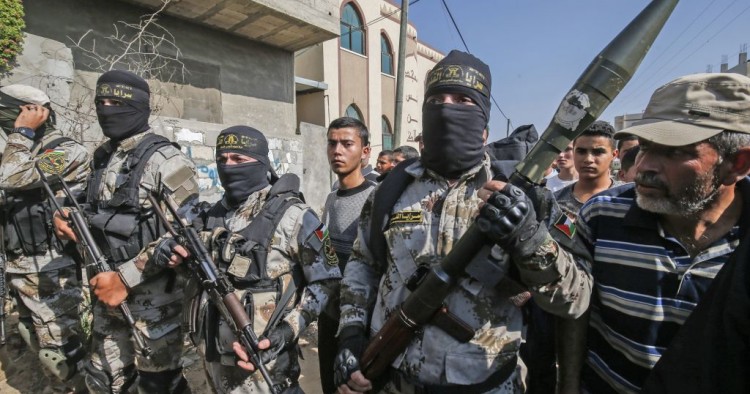 A Nov. 12 Israeli airstrike on the Gaza Strip killed Baha Abu al-Ata, a commander with the Palestinian Islamic Jihad (PIJ) militant group. According to media reports, Israeli security forces had plans in place for Abu al-Ata’s assassination for two years. He was seen as responsible for a series of cross-border incidents that had undermined the fragile calm between Israel and Gaza. These included a Sept. 10 rocket attack on the Israeli city of Ashdod that interrupted a campaign speech being delivered by Israeli Prime Minister Benjamin Netanyahu.

Over the ensuring 48 hours, the PIJ launched some 450 rockets from Gaza into southern and central Israel. The large majority were intercepted by Israel’s missile defense system, with Israeli casualties limited to minor injuries. However, fearing a major rocket barrage on the Tel Aviv metro area, Israel’s Home Front Command briefly ordered the closure of schools and non-essential businesses in the country’s financial capital, granting the PIJ a propaganda victory. An additional 33 Palestinians were killed in Israeli attacks, included Abu al-Ata’s wife and a family of eight with five children. Israel attributed the latter deaths to faulty targeting data.

Hamas, the Palestinian political party/militant group that acts as the de facto government of Gaza, stayed out of the fighting — despite relatively high civilian casualties and the killing of one of its fighters. Hamas’s inaction is consistent with its overarching goal of achieving a durable ceasefire with Israel that improves Gaza’s economy and infrastructure. Hamas may have been motivated in part by recent reports that Palestinian President Mahmoud Abbas finally approved a Qatari-funded project that would pipe Israeli natural gas into Gaza, for use by its power plant. If implemented, the project should increase Gaza’s meager electricity supply to 12 hours a day, while cutting the cost per kilowatt by more than 50 percent. Lack of approval by the Palestinian president had been a major obstacle to implementation.

For its part, according to media reports, Israel conveyed messages to Hamas that it would not target Hamas assets if the militant group remained on the sidelines. This was a departure from years of Israeli policy that had held Hamas responsible for attacks by smaller militant groups out of Gaza. This is another reminder that, like Hamas, Israel also wishes to avoid a wider escalation. But, the extent to which this détente will meaningfully improve conditions in Gaza and stabilize the security situation is, as yet, unclear.

Nathan Stock is a non-resident scholar at the Middle East Institute.