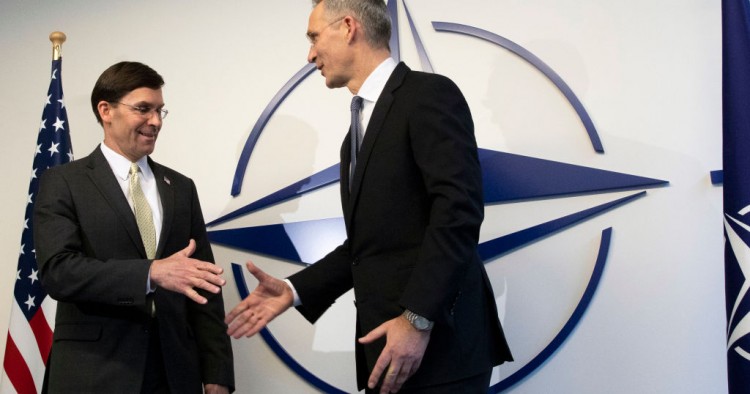 There are several curious aspects to the Pentagon’s new Guidance for Development of Alliances and Partnerships, or GDAP, which was publicly unveiled by U.S. Secretary of Defense Mark Esper on Oct. 20.

Let’s start with the context. Both as a candidate and later as president, Donald Trump has taken a transactional view of U.S. alliances and partnerships, alienating France, Germany, and other NATO allies in the process. Whether GDAP is an attempt to make amends remains to be seen.

Also curious is the timing of the launch of this seemingly major initiative just before the presidential election. Why now, not after, the election? If GDAP’s main audience is international allies and partners, wouldn’t they want to know first if the author of this new proposal is staying in power?

These questions and uncertainties notwithstanding, there’s some good in GDAP. First, it’s about time top civilian leadership in the Pentagon recognized and codified the strategic importance of security cooperation. We’ve been talking about the great need to build the capabilities and capacities of our allies and partners for decades now, yet not one secretary of defense has been tracking this issue in any serious or systematic way. Esper deserves credit for acknowledging the critical importance of this pillar in the U.S. National Defense Strategy (NDS) and potentially committing to reviewing its implementation and progress (again, depending on how long he keeps his job).

Continue on Defense One