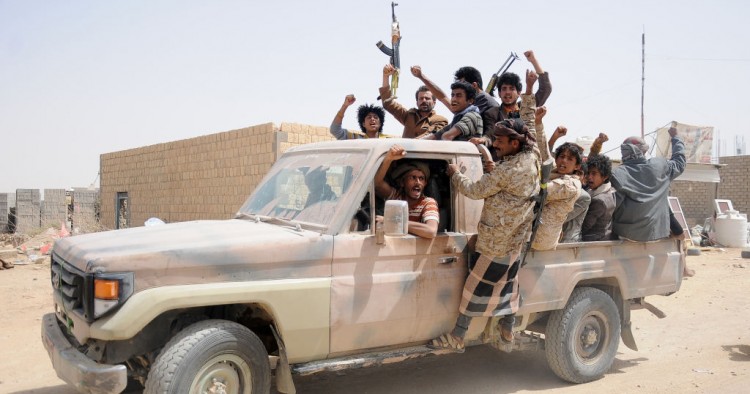 On Friday the Saudi government announced it would be extending a two-week unilateral ceasefire in the north of the country by a month in response to calls for de-escalation due to the coronavirus pandemic, and to allow for "an opportunity to focus all efforts to achieve a comprehensive and permanent cease-fire."

The Houthis, however, who are fighting Yemen's internationally-backed government of President Abed Rabbo Mansour Hadi, chose not to reciprocate. They have outright rejected the cease-fire and raised the bar of their demands, asking the Saudis to end their intervention and remove themselves from Yemen's military and political landscape. In a televised speech on April 23, the militia’s religious leader, Abdul-Malek al-Houthi, dedicated a segment to his fighters — the “mujahideen” — promising to reward them for their bravery in battle during the month of Ramadan. He stated, "It is important for them [the mujahideen] while they are in the field closest to Allah to take care of their jihad work, both on the defensive level, or at the offensive level," adding that fighting is one of the most important things that a Houthi follower can do.

The pro-Iran Houthi militia believes that a military de-escalation of the conflict at this time, whether with Saudi Arabia or its Yemeni allies, is not in its best interests or those of Iran, which seeks to increase its influence in the Middle East, not restrict it. There are two reasons for this. First, the Houthis’ military strategy has shifted from defense to offense as they realized they face little to no repercussions for their attacks. Their military incursions into the territory of Yemen’s government in Nihm and al-Jawf make this clear. While they were frowned upon politically, the incursions did no lasting damage to their reputation or image internationally. The second is the highly anticipated preparation of a new round of peace talks by the UN to end Yemen's conflict, which incentivized the Houthis to maximize their gains on the ground in order to have a strong position in any negotiation process.

The Houthis are continuing their offensive strategy in the north and mobilizing troops unabated. They have fired ballistic missiles on Yemeni territory, targeted a hospital on the outskirts of Marib, and displaced over a hundred thousand civilians from al-Jawf, causing a real humanitarian catastrophe. In turn, the Saudis have continued their military response and assistance to Yemen's government, citing self-defense. Given the lack of interest from the Houthis in suspending their operations, it is likely that conflict will continue until official UN-backed talks are introduced, although these will probably be severely delayed given the current pandemic. Until then, the cycle of violence on the ground is more than likely to continue.

Fatima Abo Alasrar is a Non-Resident Scholar at the Middle East Institute. The views expressed in this piece are her own.