The Future Investment Initiative: A window on the kingdom’s future or a PR stunt? 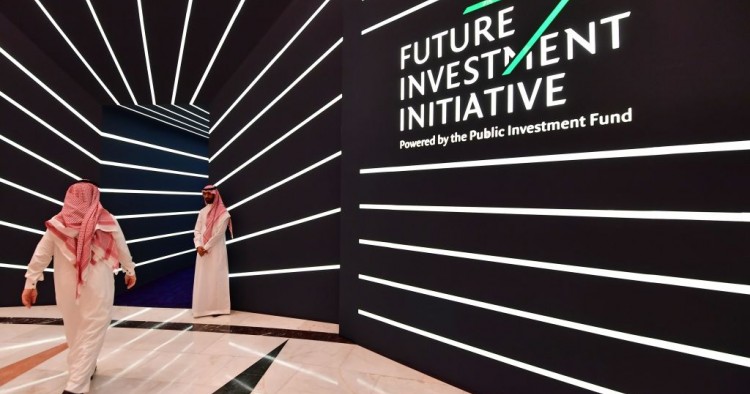 The Future Investment Initiative (FII) opens in Riyadh on Oct. 29. With over 4,000 expected attendees, 250 speakers, and leading business and political figures like JPMorgan Chase Chair and CEO Jamie Dimon and senior White House advisor Jared Kushner in attendance, it will undoubtedly be a big event. It is organized in line with well-proven public relations formats with lots of expensive videos, numerous high-profile Davos-style panels, and sophisticated receptions. It seeks to push all the buttons that resonate in the Western world today like the role of women, environmental sustainability, inclusiveness, automation, education, etc.

FII’s organizers seek to create major buzz that will encourage large investors, such as pension funds, sovereign wealth funds (SWFs), private equity funds, and major corporations to make Saudi Arabia the preferred place to invest for high returns in new technologies. Ultimately the goal is to provide good jobs at good wages for Saudis and transform the kingdom into the new Germany or Japan of the 21st century.

But will the buzz suffice to attract the hundreds of billions of dollars needed by Saudi Crown Prince Mohammed bin Salman and his SWF, the Public Investment Fund (PIF), to create robot cities, major world-class resorts, and invest in high tech? It will certainly attract investment banks, like Goldman Sachs and JPMorgan Chase, which would benefit greatly from being intermediaries between the kingdom and investors, but not necessarily the investors themselves.

For investors to put their money in the kingdom, Saudi leaders will have to convince the world’s financiers that the kingdom is truly forward thinking. The effort to take Saudi Aramco public and make the oil company transparent was a major step in the right direction. However, what could be interpreted as a takeover of Saudi Aramco by the PIF at the beginning of September when the PIF's CEO took over as chair of the firm may be hurting the FII’s effort to present a progressive image of the kingdom. Indeed, for large investors Saudi Aramco’s new transparency is being replaced by the PIF’s notorious opacity and the uncertainty of some of its more risky investments to be made with Aramco’s money.

Nevertheless, the FII’s public relations bash is important in that it shows the world that the leadership of the kingdom has an ambitious and real vision to move the country forward. However, it will not be clear to foreign investors that the PIF’s vision promoted by the FII can become a reality until the PIF itself becomes as transparent as its European equivalent, the Oil Fund of Norway.

Jean-Francois Seznec is a non-resident scholar at MEI, a non-resident senior fellow at the Atlantic Council, and an adjunct professor at Johns Hopkins' School of Advanced International Studies.