The GCC al-Ula Statement: Perhaps a step, but not a solution 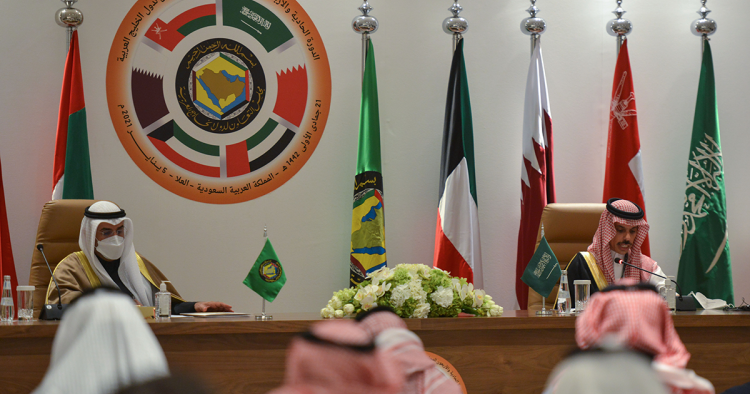 The leaders of the six Gulf Cooperation Council (GCC) member states — Saudi Arabia, the United Arab Emirates, Oman, Kuwait, Bahrain, and Qatar — signed a “solidarity and stability” agreement, dubbed the “al-Ula Statement” after the Saudi city in which it was inked, at their Jan. 5 summit meeting. The announcement of the agreement was accompanied by statements from the so-called “Quartet” states — Saudi Arabia, the UAE, Bahrain, and non-GCC member state Egypt — that they would immediately restore full diplomatic relations with Qatar. The Saudis also committed to re-opening their land and sea borders with Qatar as well as their airspace. For their part, it is unclear what if any commitments the Qataris made to reciprocate other than an agreement to drop pending legal actions against the boycotting Quartet.

Indeed, although the full text has not been released, the al-Ula Statement appears to be largely a platitudinous re-hash of old verities. In his opening remarks, Saudi Crown Prince Mohammed bin Salman (MbS) clarified that the accord, “emphasizes Gulf, Arab, and Islamic solidarity and stability as well as the strengthening of friendship and brotherhood between our countries and people.” In a likely nod to the Trump administration and son-in-law Jared Kushner, who had traveled to al-Ula to join the annual conclave, MbS stressed that the end of the GCC dispute was a prerequisite for confronting Iran. “There is a desperate need today to unite our efforts to promote our region and to confront challenges that surround us,” he said, “especially the threats posed by the Iranian regime’s nuclear and ballistic missile program and its plans for sabotage and destruction.”

But seemingly missing from the statement or the discussion that surrounded it was a reference to the issue of Qatar’s support for political Islamic groups, especially the Muslim Brotherhood (MB). Allegations of Qatari support for “terrorism,” a veiled reference to political Islamic groups, shared top billing with criticism of Qatari-Iranian relations when the Quartet states launched their boycott in June 2017. Indeed, for the UAE and Egypt, it was likely Doha’s relations with groups like the MB, which they perceive as existential threats to their domestic political stability, that was the real driver of their antagonism toward Qatar. Among the 13 demands leveled on Qatar in the first weeks of the boycott, several were clearly aimed at Doha’s relations with organizations like the MB and Hamas or their leaders. The list also included a demand that Qatar shutter the al-Jazeera media network and its affiliated outlets, widely perceived in the region as a promoter of an MB-friendly worldview.

Saudi Foreign Minister Faisal bin Farhan declared to the press at al-Ula that the agreement marks “the turning of the page on all points of difference and a full return of diplomatic relations.” But that reading is likely overly-optimistic and more reflective of Saudi preferences than the consensus views of the Quartet states. Emirati Minister of State for Foreign Affairs Anwar Gargash struck a more realistic note when he commented to al-Arabiya TV, “we need to be realistic about the need to restore confidence and cohesion.” Man-in-the-street interviews in Doha echoed Gargash’s cautionary view that mutual confidence is lacking and will need to be restored before the internal conflict can be truly resolved. Instead, the Jan. 5 agreement looks more like earlier agreements that papered over superficial differences without actually addressing the root causes of the intra-GCC dispute. In reality, these arguments reflect profoundly different perspectives among the member states on the state of the region and the philosophy of relations between governments and their citizens. In that case, it’s likely only a matter of time before the dispute erupts again.