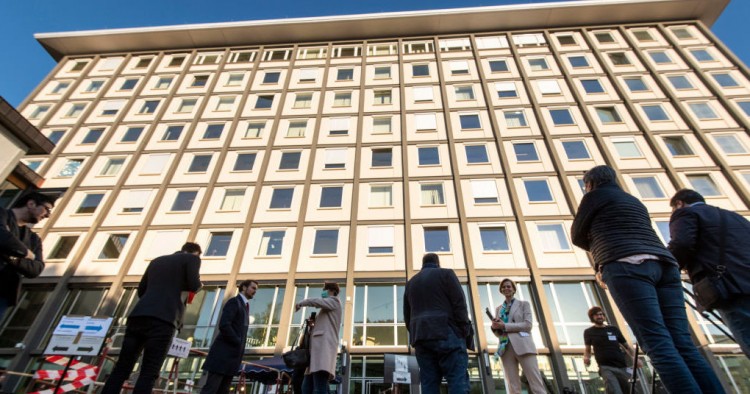 In an unprecedented move, and at an unexpected time, the trial of two officers of the Syrian regime security forces has begun in Germany.

The first officer, Anwar Reslan, served as head of investigations at a branch of Syria’s General Intelligence Directorate. The second officer, Eyad al-Gharib, served as a secret agent at the same branch. Both have been accused of systematic and brutal torture between April 2011 and September 2012. The indictment includes details of the torture process at Branch 251 of the General Intelligence Directorate, where at least 58 people died during that period.

This trial is significant for two main reasons. First, after years of Russian and Chinese blocking of all attempts to refer Syrian crimes to the International Criminal Court, universal jurisdiction has provided an opening, even though the regime remains in power. Universal jurisdiction permits states to prosecute offenders who have committed crimes that violate international norms and are so egregious that they are deemed universally reprehensible, such as torture. Some countries that are hosting thousands of Syrian refugees, such as Germany, France, and Spain, have subscribed to this principle. This sets an important precedent for holding similar trials in those countries.

This trial is also important because of its political significance: Over the longer term, such trials can provide the evidence necessary to indict Bashar al-Assad and his inner circle. It will also provide legal evidence that documents the Syrian government’s torture and killing apparatus. This is essential at a time when Russia is attempting to rehabilitate the regime. This precedent, along with the implementation of the Caesar Bill, guarantees the future isolation of the Syrian regime.

Finally, it also sends an important message: Defection does not equate to impunity, and those who have committed particularly heinous crimes will not be able to start new lives outside of Syria without accountability.

Ibrahim al-Assil is a Middle East analyst and commentator and a non-resident scholar at the Middle East Institute. The views expressed in this piece are his own.