The Gulf in 2020 faces many questions, few answers 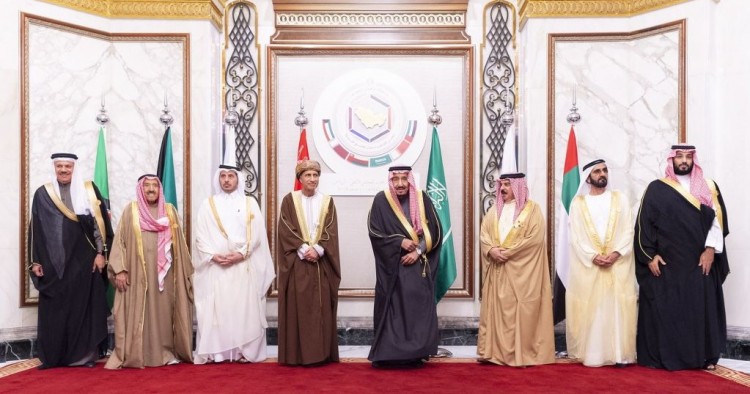 The assassination of Qassem Soleimani is only one factor clouding prospects for the Arab Gulf states in 2020. But it is certainly a critical one: will Iranian probable retaliation for Soleimani’s death focus on targets in the Gulf Cooperation Council (GCC) member states; how will his death affect putative steps, especially by Saudi Arabia and the United Arab Emirates (UAE), to calm tensions with Iran and open a path for diplomacy; and what effect will his departure have on the Houthis and the continuation of the civil war in Yemen? Perhaps most importantly, will the rise in tensions push the GCC states to resolve their own internal conflicts or will it open new fissures in Gulf state solidarity? Thus far, the reaction to Soleimani’s assassination among the Gulf states has been cautious. Both the Saudis and the Emiratis have publicly distanced themselves from the decision while Oman, the state that has often served as Tehran’s bridge to the GCC, expressed regret at the action and urged a return to dialogue.

Questions about leadership will also feature prominently in Gulf developments over the coming year. International reaction to the announcement that a Saudi court had condemned five men to death for the murder of Jamal Khashoggi, an action widely perceived as approved if not ordered by Crown Prince Mohammed bin Salman, renewed doubts about his fitness as an international partner. Meanwhile, Sultan Qaboos’ rapid return from what had been an expected longer stay in Brussels for cancer treatment revived concerns that he was losing his years-long fight against the disease, throwing Oman’s future leadership into doubt.

As 2019 came to a close, tentative signs had pointed in a more positive direction for the New Year. Beyond hints of a thaw in the Gulf stand-off with Iran, possibilities for an end at least for major conflict in Yemen brightened as the Saudis engineered a reduction of tensions between the Hadi government and its southern opposition and engaged the Houthis in a new round of negotiations. Meanwhile, the Saudis and Qataris also took hesitant steps to bring an end to two-plus years of fruitless confrontation. Certainly neither issue appeared close to resolution. The intra-GCC dispute fractured the organization and likely will take years to repair. Even an end to major conflict in Yemen will mark only the beginning, not the end, of Yemen’s long, difficult road to political, economic, and social recovery. But these first steps had raised hopes that 2020 would end on a more positive note than it began.