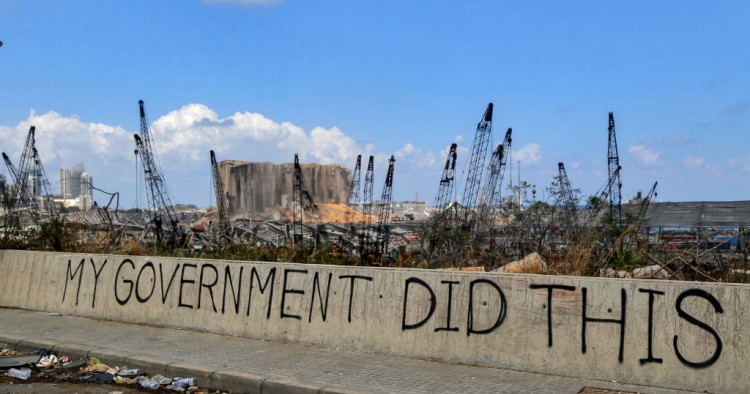 Beirut is still recovering from an explosion that killed nearly 200 people and wounded thousands more on August 4. The blast decimated vast swaths of the capital, leaving 300,000 residents homeless. Major elements of Beirut’s infrastructure, such as its port, will need repairs that the state cannot afford.

Lebanon was in crisis even before the explosion. COVID-19 infection rates were rising—since the blast, they have doubled. Lockdowns have devastated the Lebanese economy, including the country’s once vibrant banking sector, which is now insolvent. Moreover, Lebanon has the highest number of refugees per capita in the world, mainly Syrians and Palestinians. The influx, which constitutes roughly 20 percent of Lebanon’s population, was difficult for a small nation to absorb even in the best of times. The country known as “the Pearl of the Mediterranean” is now buried in the mud of poverty, disease, disillusion, and despair.

To rebuild under these circumstances, Lebanon will need external support. But the country’s political system apportions power by religious sect and encourages leaders to establish patronage systems that divert public resources into private bank accounts. International donors have good reason to fear running a gauntlet of official corruption or seeing their contributions used to serve sectarian interests rather than the interests of the country as a whole. Traditional forms of assistance routed through the central government are particularly vulnerable to misuse. In the past, government officials have gotten rich precisely by tapping international funds intended for Syrian refugees and postwar reconstruction.

Such outcomes are not inevitable, however. The current crisis offers donor countries an opportunity to approach Lebanon creatively and to make an equitable recovery for all Lebanese a central priority of international assistance. Rather than channeling aid through the usual ineffective routes, those who seek to help Lebanon should design a system that distributes assistance effectively and attaches strict conditions to its use, including measures designed to minimize corruption and maximize integrity. Such a system can hold those responsible for the disaster to account even while it prevents the country from spiraling further into crisis.