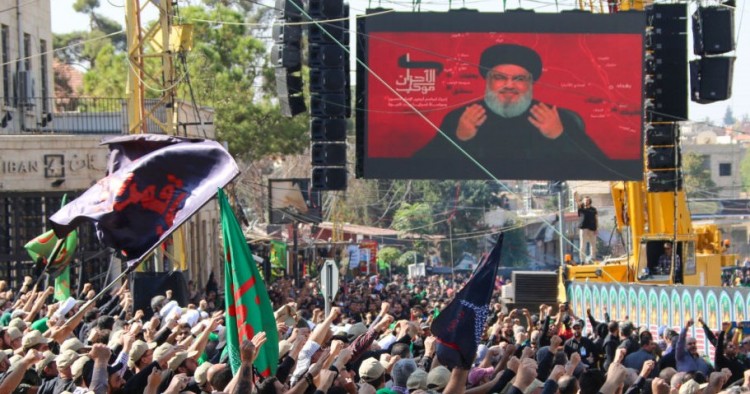 When more than one million people in Lebanon took to the streets on Feb. 14, 2005 to call for the ouster of Syria’s forces from the country, very few expected them to accomplish their goal. After all, Syria had been ruling Lebanon with an iron fist since the end of the 1975-1990 civil war.

Yet they did, and spectacularly so, displaying immense courage and solidarity in the face of violence and demonstrating to fellow Arabs that tyranny need not be their destiny.

But as momentous as the Cedar Revolution was, it was missing one key community: the country’s Shiites. Vastly unenthusiastic about Syria’s withdrawal and worried about its future, Hezbollah instructed its Shiite support base to distance itself from the protests. Many of Lebanon’s Shiites had no love for Syria, having clashed with its troops in the past, but they also weren’t ready to risk their relationships with their main parties — Hezbollah and Amal — for fear of the unknown.

Lebanon’s current uprising, larger than the Cedar Revolution and rooted in long-held socio-economic grievances, seems to have drastically reduced this fear. Unique about it is the fact that protestors across the country are united in their calls for fundamental political change. And this time, Shiites have joined the struggle.

This is not a good outcome for Hezbollah. Nothing shakes the group’s confidence and even threatens its existence more than discord within its own Shi’a community — not even Israel, its number-one enemy. Indeed, Hezbollah will go as far as Lebanon’s Shiites will take it. During the 2018 national elections in Lebanon, many Shiites in the Bekaa and Baalbek, areas considered Hezbollah strongholds, voiced displeasure with the group for its decreasing ability to provide them with basic goods and services due to its taxing war in Syria.

But as real as Lebanese Shiite frustration with Hezbollah had been, I consistently warned against misrepresenting it. I judged that there was never a serious crack in the special bond between the organization and the majority of its supporters, as evidenced by the fact that Hezbollah won big in the parliamentary elections. I did argue, however, that should living conditions continue to deteriorate and be neglected by the party, tensions would rise again.

That is precisely what is happening now.

The extent of Lebanese Shiite discontent remains unclear, but its geography and audacity are not. This time it isn’t limited to the Bekaa and Baalbek. People in Tyre, Nabatieh, Sidon, and even parts of the southern suburbs of Beirut — areas where one would never expect Shi’a activism against Hezbollah and Amal — tore down pictures of Amal leader Nabih Berri and condemned Hezbollah Secretary-General Hassan Nasrallah. Never before has that happened.

Nasrallah expressed sympathy with the protestors’ demands but drew a clear line in the sand about the survival of the government. Yes for reforms, he said, but a definitive no to a new political order. He has worked very hard to create and sustain the current one since Syria’s exit in 2005. Nasrallah threatened to send his own supporters to the streets to quash the uprising. However, the country’s protestors, including the Shiites, didn’t budge and their numbers grew considerably, according to eyewitnesses, shortly after Nasrallah’s uncompromising speech.

On cue, hundreds of supporters of Hezbollah and Amal stormed downtown Beirut on Oct. 21 to intimidate the protestors. But the Lebanese army stopped them in their tracks, in what will be remembered as a bold and memorable stance in this historic moment in Lebanon’s history.

Now, Hezbollah is in a bind, unlike any throughout its almost four decades of existence. The group cannot afford a confrontation with its own community, perhaps not even a split with parts of it. But it also vehemently opposes the collapse of the government, of which it is the main architect. There is a way out of this crisis for Hezbollah (and Lebanon overall): an economic rebound that would appease all Lebanese. But that’s a pipe dream, because the corrupt clique in power, whom Hezbollah supports, has proven for decades to be incapable of running the economy.

None of this means that the end of Hezbollah is near. The party still has its hardcore supporters, its firm alliance with Iran, and more guns than the Lebanese army. But it does suggest that Hezbollah is further isolated and insecure. Most importantly, it is no longer at peace with and in total control of its own constituency.

How Hezbollah will deal with this episode is unclear because this is uncharted territory. It could accept its losses and move forward undeterred, possibly doubling down on the use of violence to preserve the status quo. Or it could reassess its plans for fear of repeating the scary Iraqi scenario where an intra-Shiite fight — between those who support and those who oppose an Iran-dominated Iraq — threatens to turn into another civil war.

Bilal Y. Saab is a senior fellow at the Middle East Institute.