How Biden Can Help Yemen 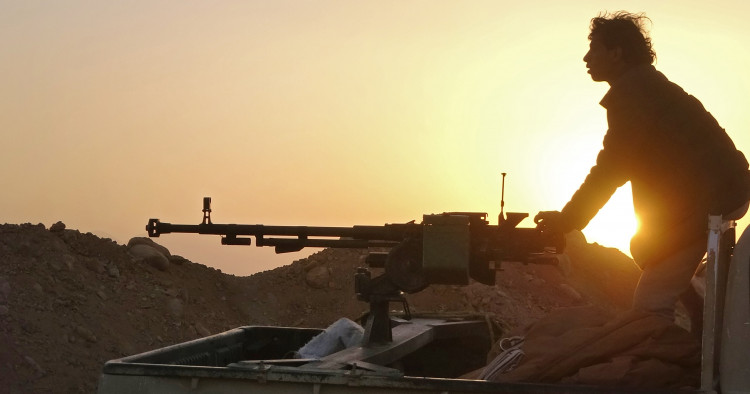 On the campaign trail and in his first weeks in office, President Joe Biden promised to end the conflict in Yemen. Reflecting a bipartisan Washington consensus, his approach hinged on supporting the U.N.-led negotiating process and pressuring Saudi Arabia to end its active military engagement inside of Yemen. To this end, he quickly reversed an ill-conceived Trump administration move to designate the Houthis as a foreign terrorist organization and appointed Tim Lenderking, a seasoned diplomat well-versed on the Yemen issue, as special envoy charged with supporting U.N. negotiations.

Five months later, though, negotiations are going nowhere. The military situation on the ground is deteriorating and the humanitarian crisis in the country continues to deepen. Perversely, the very fact that the international community has re-doubled its effort to negotiate may have encouraged Houthis to think that a military victory is within their grasp.

Biden, to his credit, seems to have recognized the need for a revised approach. The administration has sharpened its rhetoric on Houthi human rights violations and has taken actions specifically aimed at obstructing their finances and interdicting its arms supply from Iran. Saudi Deputy Defense Minister Khalid bin Salman’s visit to Washington suggests a belated realization that pressuring Saudi Arabia to halt their military operations inside Yemen has had negative consequences for the balance of forces there.

An effective strategy for ending Yemen’s civil war should couple a renewed commitment to pushing back against the Houthis militarily with a new approach to negotiations that draws in a broader cross section of Yemenis and builds on on-going local initiatives. With U.N. negotiations currently in hiatus awaiting the appointment of a new U.N. special envoy, the United Nations and its international partners should reassess their top-down approach. Rather than seeking an end to the conflict based on a bilateral agreement between the Saudis and the Houthis, the United Nations should do more to build on the work that Yemenis themselves are already doing. Washington and Riyadh, in turn, need to persevere in this tragic but necessary conflict in order to achieve a sustainable and just peace for all Yemenis.

Keeping Up the Fight

The Houthi movement, also known as Ansar Allah, represents some, but not all, of the Zaidi Shia population based in the northwest corner of Yemen. In launching its assault on the transitional government of Abdurrabo Mansour Hadi in 2014, the Houthi movement claimed to be addressing broad popular grievances, including the persistence of corruption in the government as well as deteriorating economic and social conditions. In practice, however, Houthis were seeking to forcibly impose their radical ideology that was widely contested by Yemenis. Despite their participation in the National Dialogue Conference, which explicitly worked to address Houthi grievances, they refused to accept the outcomes of the conference, launching, instead, the assault on the government that is the basis of today’s conflict.

In June 2021 the Houthis rejected a U.S. ceasefire proposal and subsequently refused to meet with the U.N. envoy in Muscat. In response, the Biden administration should make clear to the Houthis that the international community will not accept them as Yemen’s de facto government or even the legitimate rulers of a rump North Yemen. To be clear, the objective should not be a decisive defeat of the Houthis on the ground. After years of stalemate, this appears to be unachievable. Instead, the United States should seek to pressure Houthis to stop their expansion and turn to negotiations. The Houthis need to understand that, while they won’t be defeated, they will also be unable to achieve victory. This means that the administration needs to reassure Riyadh that it will support expanded Saudi efforts to block Houthi advances in the currently-contested region of Mareb.

Continue reading on War on the Rocks

Photo by -/AFP via Getty Images