How to End Israel’s Digital Occupation 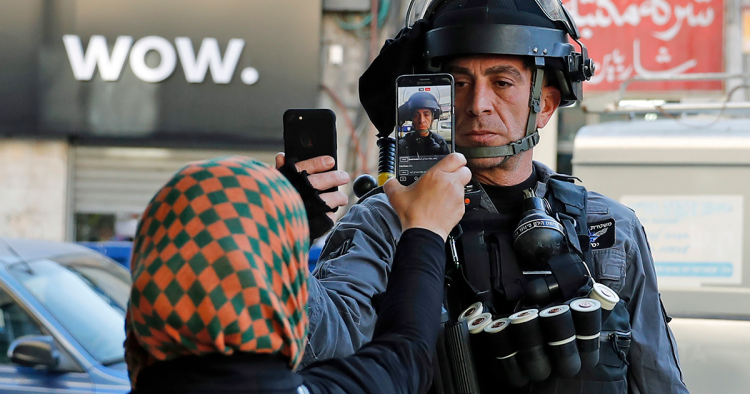 This article was co-authored by Emerson T. Brooking, resident senior fellow at the Digital Forensic Research Lab of the Atlantic Council, and Eliza Campbell, the director of MEI's Cyber Program, for Foreign Policy.

The 4.8 million residents of the occupied Palestinian territories live in two simultaneous and vastly different realities. In the physical world, Palestinians are captives, crammed into Gaza or West Bank enclaves and blockaded by Israeli military checkpoints. They are subject either to the rule of Hamas, a U.S.-designated terrorist organization, or the Palestinian Authority (PA), a government that has ruled—unelected—for 12 years and maintains its hold on power by intimidating democratic activists. In both cases, Palestinians are ultimately answerable to Israeli military courts, which deny defendants access to legal counsel during interrogation and have a conviction rate of nearly 100 percent.

But on the internet, the checkpoints disappear. Palestinians can converse with family from whom they are separated by barbed wire and machine gun emplacements. They can share their stories with observers and sympathizers around the world. In doing so, Palestinians can call themselves citizens of a sovereign State of Palestine: one recognized by 138 countries and admitted in 2012 as a non-member observer state to the United Nations. This second, digital Palestine represents a fulfilment of the internet’s optimistic and largely forgotten promise to give voice to the voiceless and illuminate the darkest corners of the world.

It is also under threat of being extinguished. This is due to a confluence of three forces. The first is the expansive police and surveillance apparatus of the State of Israel, which is used to track, intimidate, and imprison Palestinians in the occupied territories for their online speech. The second is a network of formal and informal institutions used by the Israeli government to target pro-Palestinian expression across the globe. The third—and most surprising—force is that of American social media companies, which have shown a willingness to silence Palestinian voices if it means avoiding potential political controversy and pressure from the Israeli government.