Hurdles on the road to peace in Afghanistan 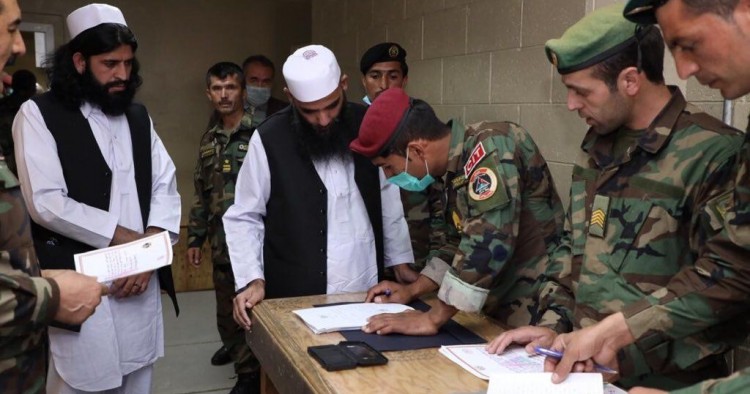 Peace is always an emotionally charged and conceptually contested issue for a nation that faces myriad challenges to its security and very survival. Afghanistan is one such nation and the issue of peace is at the core of ongoing debates over how to proceed with intra-Afghan talks. The hurdles encountered in kick-starting these talks seem to be more daunting than anticipated. This has not only delayed a process that was scheduled to begin immediately after the Doha agreement between the U.S. and the Afghan Taliban at the end of February, but has also underlined the bumpy road that lies ahead for various stakeholders to reach a consensus on Afghanistan’s national destiny. Expectations of change in the Afghan political landscape have often failed to match reality.

The issue of prisoner exchange is the immediate obstacle. As part of the U.S.-Taliban deal, the Kabul government was meant to release 5,000 Taliban prisoners, with the Taliban releasing 1,000 of its own in return. After releasing most of the prisoners incrementally, the two sides arrived at an impasse over the issue of the final 320, with President Ashraf Ghani claiming that they are dangerous and linked to heinous crimes. Under huge pressure from the Americans, Ghani convened a Loya Jirgah — a traditional Afghan council — to obtain political cover for the prisoner release. Once the Jirgah cleared the way, the talks were expected to begin soon, but the Kabul regime is reported to be having second thoughts over their release. The Taliban views the delay as a clever attempt by Ghani to create new hurdles in the peace process. There is speculation that the Afghan government is delaying the talks until the outcome of the U.S. presidential election is known, with the reasoning that if Democrat Joe Biden wins, he might hold back the U.S. military withdrawal from Afghanistan.

But the Trump administration will certainly ratchet up pressure on Ghani to relent as Donald Trump is desperate to bring the bulk of American soldiers home to claim credit for delivering on an important campaign promise in the run-up to November. However, France and Australia are also strongly opposed to the release of the remaining Taliban prisoners, and it remains to be seen how the Afghan government or rather the U.S. would convince them to change their minds. One solution reportedly suggested by U.S. Special Envoy Zalmay Khalilzad is “house arrest” — an arrangement under which the prisoners would be released but placed under close supervision.

Another sticking point is a permanent cease-fire, an issue on which the warring parties have differing positions. There is contentious debate as to the timing of the cease-fire — whether it should follow or precede talks on substantive issues, including power sharing. It is not clear how the impasse could be broken, but the intra-Afghan talks would benefit considerably were there to be a reduction in violence before they begin.

There are other major points of contention as well, like the Afghan government’s red line on the sanctity of the constitution. Surely, the Taliban will not accept the existing Afghan constitutional arrangements. Both sides would thus need to engage in a long and focused dialogue over governance mechanism and the Taliban’s role in the new dispensation. Demobilization of Taliban fighters will be another equally touchy issue too. And, perhaps most importantly, the negotiators have yet to address the elephant in the room: Pakistan. The Afghan Taliban delegation led by Mullah Abdul Ghani Baradar has just visited Islamabad, apparently to seek Pakistan’s formal political blessings before the start of the intra-Afghan talks. This is Baradar’s second official visit to Pakistan in less than a year; he visited in October 2019 after Trump suddenly postponed the peace talks with the Afghan Taliban.

When it comes to Afghanistan, Pakistan’s track record over the past several decades hardly inspires confidence. Its security establishment gave oxygen to the jihadist movement and created room for socially divisive forces that hijacked the Afghan state, repeatedly thwarting the realization of the nationalist vision of a modern, unified Afghanistan. Thus, one of the biggest questions around the talks may well be: will Pakistan allow the Afghan peace process to move forward unless it is on its own terms?