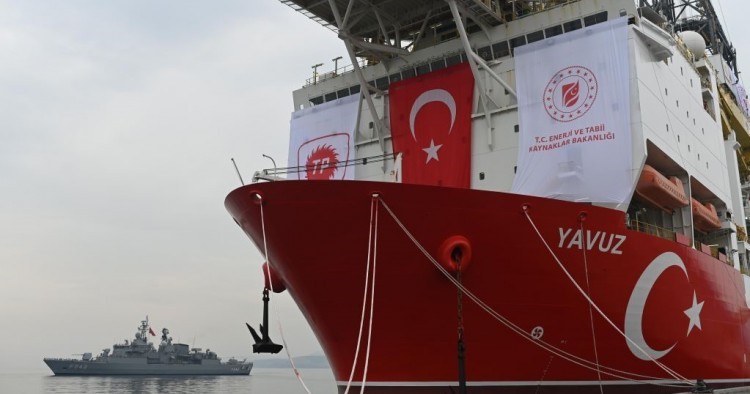 Over the next few days, European Union leaders will meet to discuss potential sanctions against Turkey based on Ankara’s aggressive energy claims against EU members Greece and Cyprus. Conflicting interests within the EU itself will likely preclude the bloc from actually imposing sanctions. But at the core of the recent crisis between Greece and Turkey lies a dangerous ideological model—not a mere dispute over energy resources. In the West, media outlets are mischaracterizing the true source of disruption in the Eastern Mediterranean. Although Turkey recalled its seismic research vessel Oruc Reis to the port of Antalya, this crisis is far from over—and now extends beyond Athens and Ankara. To be sure, Turkey’s Pan-Islamist, Neo-Ottoman ideology is the primary reason the Eastern Mediterranean now looks increasingly more like the South China Sea.

This reality should hardly come as a surprise, as the warning signs of regional disruption have been lying in plain sight. By ignoring ideological futures, Western media and governments alike have missed key signals and emerging trends that foreshadowed the present disruption. Over the past decade and a half, Turkey has sought to revive a classical, civilizational model of the Ottoman Empire’s legacy, underpinned by an embrace of political Islam. Through an alliance with Qatar and the Muslim Brotherhood, Ankara has openly promoted its Pan-Islamic brand, financing the construction of mosques across the globe and supporting mercenary Jihadists—in Syria, Libya, the Horn of Africa and the Sahel region of West Africa. The recent conversion of Istanbul’s iconic Hagia Sophia (once the Eastern Christian world’s largest cathedral and a UNESCO heritage site) into a mosque is the coup de grace.