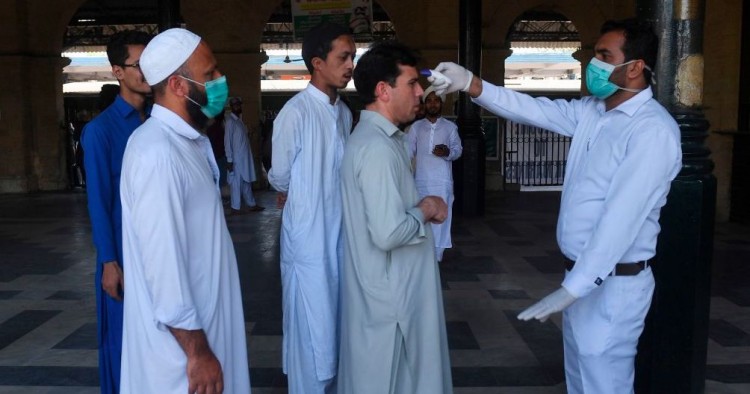 As the number of infections and deaths from the pandemic increase, many countries are reopening for business. While some have seen low numbers of infections and have appropriately lifted restrictions, others, like Pakistan, are acting less cautiously. When on May 9 PM Imran Khan began relaxing the national lockdown, the country was dealing with a steadily growing number of cases.

Yet on May 18, Pakistan’s Supreme Court ruled there was no pandemic. The decision ordered the government to remove any remaining restrictions and to have all shopping malls reopened. This was an alarming move because the court chose to use its power to overrule all other areas of government. Even more striking is the fact that this decision was taken without consulting doctors or other medical experts. The court also acted on its own accord, without any previous motion being filed.

Action by the court comes right before an Eid holiday that draws millions of people to shopping centers. Images from Pakistan have shown large crowds at bazaars shopping for the holiday, and the decision is likely to have an enormous effect on the number of coronavirus cases. Over the past week the number of cases has jumped sharply, from 33,700 on May 19 to 57,705 on May 26. Until recently, Pakistan had experienced a relatively slow infection rate compared with that of many other countries. The lifting of lockdown restrictions could lead to a spike in cases for which the country is ill prepared.

Aside from the power that the court is exercising, the Khan government is considering revising the constitution’s 18th amendment, which gives limited autonomy to the provincial governments. The amendment has allowed the provinces to coordinate their own responses to the pandemic, some of which have been at odds with those of the national government. Sindh, controlled by the opposition Pakistan Peoples Party, has implemented more restrictive measures to control the spread of the virus.

Revising the 18th amendment might allow the national government to take a more coordinated approach to battling the pandemic. But it would also reverse Pakistan’s move toward decentralization and undo a significant step taken a decade ago to create a more participatory, responsive democracy. It should be noted that the military, ever concerned for its budget and seeing national revenues diverted, has never warmed to the 18th amendment.