The Inescapable Continuum: US Force and Diplomacy into the Biden Era 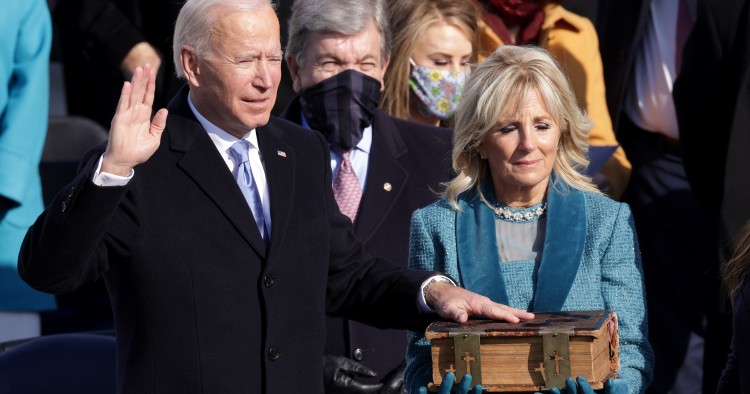 The election of President Joseph Biden brought an audible sigh of relief from the foreign policy community, but those hoping for fundamental change in U.S. Middle East policy will be disappointed. Fortunately, the U.S. and its allies escaped four more years of a policy based on uninformed whim coupled with willfully diminishing the ‘American Role’ globally, but for Middle East policy, the change from Trump to Biden must be understood in terms of U.S. Middle East and North Africa (MENA) policies past, present, or future. Rather than abrupt departures, change is far more gradual – a continuum, if you will, that ebbs and flows. In this age of global 24-hour news, hyped events often take on an importance that far outweigh their real significance on the historical continuum. Those expecting a revolutionary break from Trump will instead witness a significant change in style with more modest changes in substance. With regard to the Middle East, William Faulkner’s comment on the American South comes to mind, “The past isn’t dead; it’s not even past.” [1] This is the perspective from which Trump and now the new Biden administration must be understood.

This article takes a slice of the continuum and frames it within a deeper historical context – past as present, present as future. To do this, Biden must be seen, at a bare minimum, within the context of the last two decades of U.S. involvement in the region. [2] First and perhaps foremost, remember that Biden was elected to the U.S Senate in 1972 – almost a year before the Yom Kippur War; the recent historical context has informed his views. He remembers the shock of 9/11 on U.S. society and the Bush administration. [3] From his globally applauded destruction of the Taliban regime and targeting of Al Qaeda, Bush stumbled from a marginally successful military operation to unseat Saddam Hussein to his self-described “crusade” which morphed into the disastrous occupation and disintegration of the Iraqi state. [4] It became the catalyst for the destabilization of western Syria, the brief euphoria of Arab Spring smothered in Thermidorian reaction, and the collapse of Alawite Syria, Saleh’s Yemen, and Qadhafi’s Libya. [5] The region had descended into chaos, but was it unprecedented?

In reality, any 18th century Ottoman administrator would recognize the ‘new’ map – the fracturing, the wars, the socio-cultural frictions, the economic imbalances, and the geopolitical ambitions. Bush destroyed the artificial colonial construct of Sykes-Picot, albeit at a horrendous cost to the U.S. and the region, allowing the underlying realities of the regional context to reemerge, the fractured mosaic of Ottomanization without the Ottomans. [6] Not surprisingly, the traditional authoritarian states from Morocco to Oman proved the most resilient while the ‘republics’ that had suppressed this Middle East mosaic disintegrated. [7]