Iran and the US see eye to eye for a change 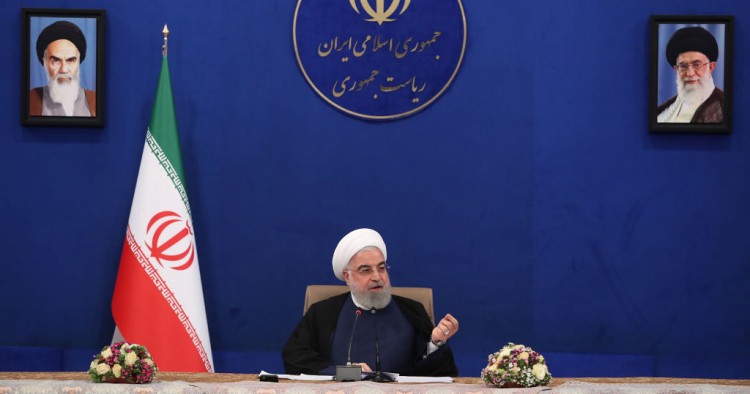 Tehran has welcomed the arrival of Mustafa al-Kadhimi as Iraq’s new prime minister. What is most striking is that al-Kadhimi is not hailed as a “pro-Iran” figure, but as a consensus candidate for Iraq that both Tehran and Washington could back. Al-Kadhimi is depicted by the Iranians as a technocrat who will break with past backroom deals by political leaders in Baghdad, when sectarian and ethnic calculations prevailed over the national wellbeing. He is said to be a competent civil servant with a good insight into popular grievances in Iraqi society. He needs space to tackle the numerous challenges currently facing Iraq, from the collapse of oil export revenues to the health crisis posed by COVID-19 and the ongoing threat of ISIS. Still, despite all of the problems, Tehran seems to think that al-Kadhimi will enjoy more political space to carry out his agenda of reform than any of his predecessors.

That is due to the fact that both the Iranians and the Americans back him. For whatever it’s worth, this is Tehran’s message. In fact, diplomatic commentators in Tehran see al-Kadhimi’s appointment as the first time that the U.S. and Iran have seen eye to eye on a key development in the Middle East in recent years. Iran’s praise and hopes for al-Kadhimi as prime minister are likely rooted in one of two factors or a combination of them. First, the fragility of the Iraqi state is beyond doubt for any observer, and things will only get worse before they get better thanks to Baghdad’s deep dependence on tumbling oil income. Second, given its own major economic problems and other challenges on the home front, Tehran alone could not prevent Iraq from further descending into disorder. This reality paved the way for Tehran and Washington to find in al-Kadhimi a man both could accept. For now, Tehran’s bottom-line objective in Iraq is for the Americans to stop urging Baghdad to cut Iran loose. Washington seems to have accepted this demand, albeit reluctantly and only for now, which is reflected in the four-month sanctions waiver the Trump administration just issued so Iraq can continue to buy Iranian electricity. Aside from this short-term U.S.-Iran compromise over al-Kadhimi, Tehran’s long-term political calculations about Iraq will obviously depend overwhelmingly on the trajectory of U.S.-Iran relations and competition for influence in the Middle East.

Alex Vatanka is a Senior Fellow and the Director of MEI's Iran Program. The views expressed in this piece are his own.