Iran may not like it, but it can live with a Turkey-Russia deal on Syria 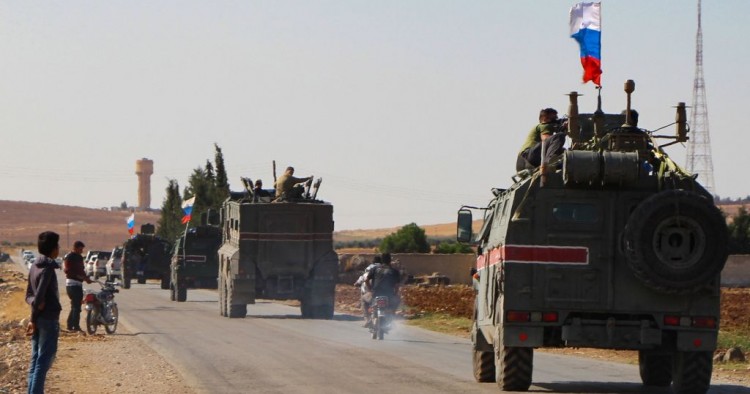 Iran has been quick to officially welcome the Turkish-Russian deal to limit Turkey’s military intervention in Syria. Tehran claims it “understands Ankara’s security concerns about the presence of [Kurdish] militant groups” on its border and says the “issue must be addressed in line with removing security concerns in Turkey.”

Despite the positive spin, the Iranians had from the outset opposed the Turks’ decision but found themselves short of good reasons to confront them head on. After all, Iran has a number of competing interests as it weighs how to position itself vis-à-vis Turkish intervention in Syria. At this point, Iran’s tacit acceptance of Turkey’s actions will depend primarily on how Ankara manages its relations with the Iranian-backed regime of Bashar al-Assad in Damascus in the coming weeks and months.

In the immediate aftermath of Turkey’s invasion of Syria, Iran found itself in the unusual position of being in the same camp as the U.S., Israel, and Saudi Arabia in condemning Ankara’s actions. For Tehran, the sudden escalation of tensions in Syria created a host of complications. A shift in international attention to a new crisis in the Middle East means that the Iranian nuclear file will no longer have singular priority in Western capitals. In fact, the resulting delay works much better for the U.S. and the Europeans than it does for the Iranians, who still have to deal with the burden of sanctions that will remain in place until the nuclear standoff is resolved one way or another. From Tehran’s vantage point, the escalation in Syria is therefore an unwelcome distraction.

In regard to its role in Syria more specifically, Tehran at first offered to mediate between Ankara and the Syrian Kurds. The Turks did not take them up on the offer, and instead went to the Russians to perform that role. This was a setback for Tehran but not a devastating blow to its interests in Syria. The Iranians, despite their anxieties about Russia’s long-term plans for Syria, still consider Moscow and President Vladimir Putin to be committed to the Assad regime. The survival of Assad is Iran’s redline in Syria, and if the Russians are spearheading that effort in the aftermath of the Turkish invasion, so be it. Not to be forgotten is the fact that Iran, Turkey, and Russia are still engaged in a faltering but nonetheless ongoing tripartite process, known as the Astana Process, to find a lasting political solution to the Syrian conflict. Above all, the fact that the Turks went to Moscow, and not Washington, to help broker a military disengagement plan for northern Syria is for Iran the lesser of two evils.

Going forward, Iran has arguably two immediate concerns. In the short term, the worry for Tehran is that the Turks and the pro-Turkish Syrian militias will somehow, as a result of events on the ground, end up turning their guns against Assad’s forces. The fact that the Russians do not want to see this either gives Iran a high degree of confidence that this is unlikely to happen and that Ankara will limit its military intervention to its fight against the Syrian Kurds in the north and northeast. This is a scenario that Iran can easily live with, particularly given that Tehran has long been suspicious of the close ties that the Syrian Kurds have cultivated with both the Americans and the Israelis.

In the longer term, the Iranians are probably more concerned about Russia’s handling of Turkish economic interests in Syria. Tehran is eager to play a major role in the country’s post-war economic reconstruction. Isolated as a result of U.S. sanctions, Iran sees Syria as a rare opportunity for economic expansion. And yet, some kind of Russian-Turkish deal, whereby Moscow underwrites Turkish investments in Syria, poses a direct challenge to Tehran’s ambitions. Iran already sees Turkey as outmaneuvering it in another key regional market, Iraq. And the Iranians seem to think the Russians are on a marketing mission to raise money for Syria’s economic rehabilitation. Moscow, and rightly so, sees Assad’s long-term prospects as greatly linked to his ability to restore some form of economic normality to Syria. In fact, Putin’s recent visit to Riyadh and Abu Dhabi was interpreted in Tehran through this prism, as part of his effort to drum up money for investment.

In short, while the Iranians would have preferred it if the Turks had not invaded Syria, it does not change their most immediate policy objective, which is the survival of the Assad regime. As long as the Russians keep the Turks away from Assad’s forces, Tehran will, at least in the short term, be able to manage the consequences of Ankara’s actions. Iran has few friends and is keen to maintain its relatively close ties to Turkey. It would have to see its short-term interests in Syria more forcefully threatened before it would let this lead to a rupture in its relations with Ankara.