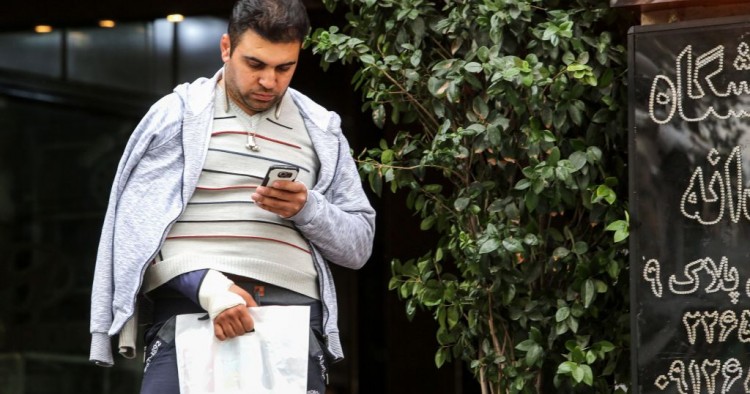 Amid widespread protests over an abrupt decision to hike gasoline prices by 50 percent, Iran’s internet is out again. The government cut access in what is widely seen as an attempt to stem the flow of information, pictures, and videos of protests that reportedly took place in at least 100 cities and towns and involved an estimated 87,000 Iranians. With social media and local journalism providing some of the only accurate information in one of the most censored internet climates in the world, total internet shutoffs, despite their technical difficulty, are one of the only tools left in the hands of a government that is increasingly desperate to retain control over national narratives and save face in the midst of international pressure and condemnation. The country has a history as a highly restrictive internet climate, with total internet blockages reported in 2009 in the lead-up to student-led demonstrations following contested elections.

Internet outages were first reported at the end of last week in multiple cities across Iran, including Tehran and Mashhad. According to the non-partisan connectivity research group NetBlocks, partial outages of several Iran-based service providers like MCI, Rightel, and IranCell became total over the course of 24 hours, with connectivity over the weekend eventually settling at about 5 to 7 percent of typical levels. The disruption is likely the most severe of any to date in Iran, and experts have designated it one of the most severe outages ever in terms of its technical capacity.

Shutoffs are becoming increasingly common as a tactic of government control throughout the world, with recent examples seen in Ethiopia, Venezuela, Syria, Iraq, and Egypt, as well as targeted outages in disputed regions like Kashmir. In increasingly restrictive media and information climates, the internet often provides the only source of critical information about public safety and civil unrest, with social media channels and mobile messaging applications among the most popular methods of communication for activists, journalists, and ordinary citizens as well, including students and workers who depend on connectivity. A 2011 United Nations report designated safe and unrestricted internet access as a human right, condemning such outages as a violation of free expression. Almost a decade later, the future of a safe and unrestricted internet in Iran and the Middle East remains an open question — and we would do well to watch these developments closely.

Eliza Campbell is the Associate Director of the Cyber Program.