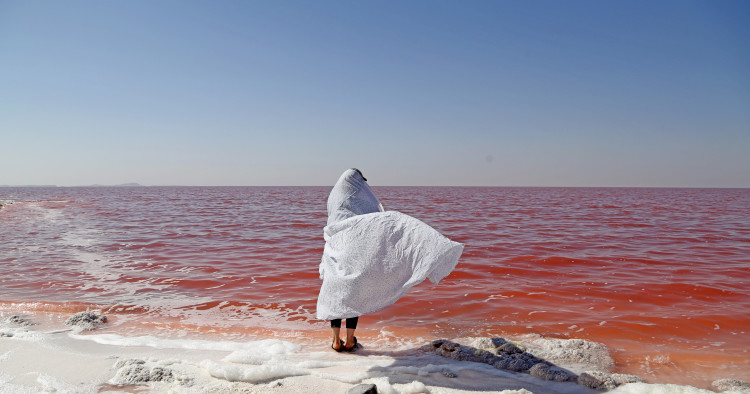 Iran’s water bankruptcy has been in the news lately, prompting deadly protests in Khuzestan province that also garnered the attention of global media. But this kind of problem is neither new or unique in the country. Drying rivers, vanishing lakes, shrinking wetlands, declining groundwater levels, land subsidence, sinkholes, desertification, soil erosion, dust storms, air, water and waste pollution, biodiversity loss, deforestation and wildfires are among the other familiar signs of Iran’s environmental devastation.

Khuzestan, in south-west Iran, is known globally for its rich oil and gas resources. But this wealthy province’s contribution to Iran’s development is not just its oil and gas revenue. Khuzestan is also water-rich compared with most of the country. So, its large rivers have been blocked by gigantic dams to store water for agriculture, industrial and domestic uses and hydroelectricity production. Considerable amounts of water have been also transferred from its rivers’ tributaries to dry regions in central Iran.

Excessive manipulation of the natural environment for economic purposes has pushed Khuzestan’s ecosystem to breaking point. The water-bankrupt province can no longer satisfy the needs of farmers, industries, cities and villages, and fragile wetlands ecosystems that, once dried up, turn into dust sources and punish the innocent Khuzestanis with paralysing dust storms.

What Khuzestan and the rest of Iran is experiencing today is not unexpected. Once you drain your checking account (surface water) and exhaust your savings account (groundwater), you are left with a lot of creditors (water rights-holders) whose demands cannot be satisfied. You are then water bankrupt and the dissatisfaction of the claimants can trigger major conflicts.

The amount of water Iran uses has been more than its amount of renewable freshwater in most parts of the country for many years. Lots of experts, including me, have been warning about the national security risks of this situation for years. As a researcher, this is one of the rare moments that I wish all my projections about my home country were wrong.

This year’s major drought has come after two excessively wet years that filled up the reservoirs and gave life to the wetlands. But mismanagement of the water that was gained and a lack of preparedness for subsequent dry conditions caused drinking water and power outages, disruption to agricultural water allocations, and vanishing wetlands – all of which affected livelihoods and triggered anger.

Continue reading on The Guardian