Iran’s parliamentary election is nothing but political theater 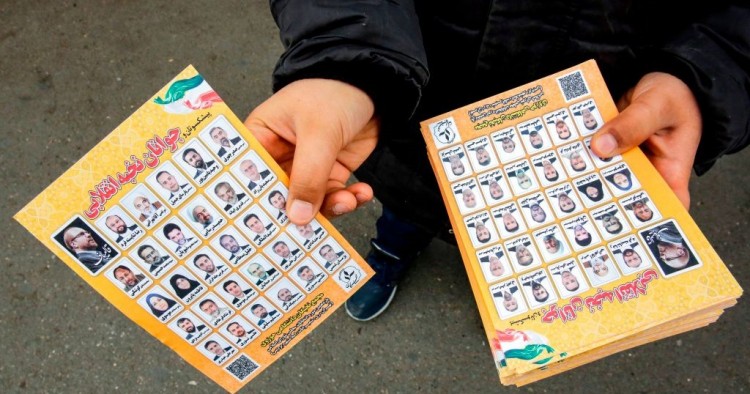 Iran’s supreme leader, Ayatollah Ali Khamenei, has called on Iranians to take part in the upcoming elections for Parliament (Majlis) on Feb. 21. According to Khamenei, Iranians who love Iran should go to the polls to “neutralize many of the evil intensions of the Americans and [Israel].” This is classic Khamenei — always pointing the finger at the outside world when the massive public apathy at home is the result of the domestic political situation and the futility of elections in the Islamic Republic. A younger generation of Iranians is no longer willing to play along with this charade. A historic low turnout is expected. Not only does Khamenei decide who can run for any office, through his control of the vetting process by the unelected Guardian Council, but he can also veto literally anything any elected office puts forth as policy.

For a brief while, starting with Mohammad Khatami’s reformist landslide in 1997, there was a glimmer of hope that gradual political reform might be possible in Iran. But since he took over as supreme leader in 1989, Khamenei has singlehandedly strangled any proposal for change that he did not like or that threatened his power. Today, prominent reformist personalities openly accept that they no longer appeal to the general public because they are viewed as pawns in the hands of Khamenei. In particular, the youth have clearly given up on the idea of peaceful, gradual reform. They are increasingly turning to political messages that say the regime is irreformable and speak of the need to replace the Islamic Republic altogether. Meanwhile, the sense in Tehran is that Khamenei has decided the Islamic Republic can only survive if the entire regime is in the hands of the hardliners. No alternative voices will be allowed to run or to win. Khamenei’s plea for Iranians to take part in political theater that only advances his absolute power while massaging his ego is truly a case of disregard for the intelligence of the Iranian public.