Iraq: No clear path out of the crisis 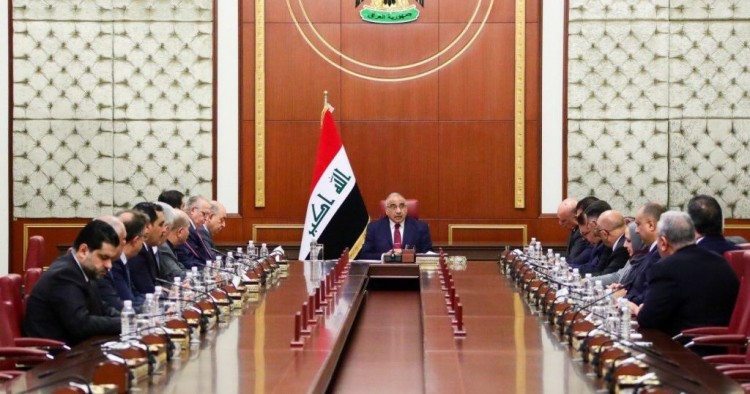 There is no end in sight to Iraq’s political crisis even though Parliament unanimously voted to remove Prime Minister Adel Abdul-Mahdi on Sunday. Abdul-Mahdi now tends a caretaker government while Iraq’s political leaders are interpreting the country’s constitution to give President Barham Salih 15 days starting from Nov. 30 to name a new prime minister. There is no consensus around any name in circulation. The leader of the largest party in the Council of Representatives, cleric Muqtada al-Sadr, said that only the protest movement, not the parties, should choose a name. Even if party leaders and President Salih agree on someone to propose for a confidence vote, the protest movement may demand far more. Multiple press reports over the weekend quoted protesters insisting that all political leaders, including the president and speaker of Parliament, should go and a transition government should be established to oversee new elections. Former Prime Minister Haider al-Abadi, who heads the third-largest bloc in the Council of Representatives, has urged Parliament to approve a political independent as prime minister who would supervise new elections within six months. Notably, the Council of Representatives is moving forward with a new election law, and on Sunday discussed it with UN experts.

Meanwhile, the security situation remains tenuous. Another protester died during protests in downtown Baghdad on Sunday. Protesters blocked roads in restive Basra Province, home to Iraq’s biggest oilfields. In a sign of the latent contest between Tehran, which backs the political status quo in Baghdad, and senior Iraqi cleric Grand Ayatollah Ali al-Sistani, who has backed the protest movement, demonstrators attacked the Iranian consulate in the holy city of Najaf again on Saturday, as well as the tomb of a cleric who was close to Tehran. The weekend visit of Iranian Gen. Qassem Soleimani, head of the Islamic Revolutionary Guards Corps Quds Force, to meet politicians in Baghdad will inflame protesters’ anger. Trying to ease the violence, an Iraqi court issued an arrest warrant for a general whose forces killed 29 protesters last week in the city of Nasiriyah in southern Iraq while another court condemned a police major to death for ordering live fire on protesters in al-Kut city in central Iraq.