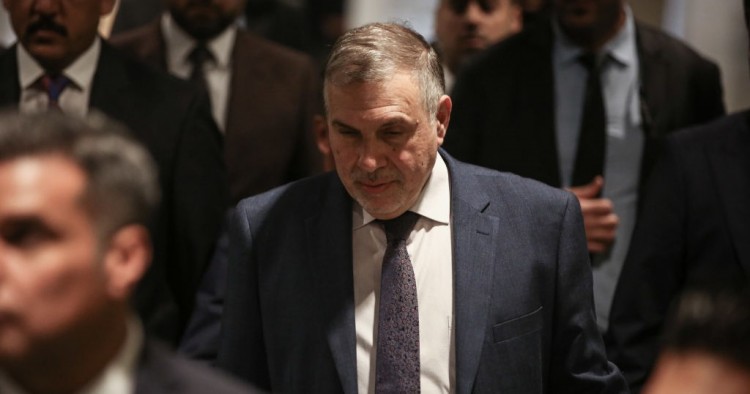 Politics in Iraq continues its calamitous unravelling following the failure of Prime Minister-designate Mohammed Tawfiq Allawi to form a government within the allotted 30 days since his nomination. On the night of March 1, Allawi withdrew his nomination, citing powers that aimed to bring him down and a refusal by the political elite to engage in meaningful reform. He gave a statement where he noted that “the choice was to become PM at the expense of the people and their suffering … and I choose to stand with the people.”

Although initially rejected as a candidate for PM by the protesters, some voices within the protest movement were themselves outraged at the lack of parliamentary consensus. Many remain indifferent to the proposal, both of Allawi as PM and of his proposed government, unreactive toward proposed cabinet names. However, the events of the last few days risk not only the protest movement itself — as calls among the political elite clearly show their intention to continue to ride out the sentiment on the streets and hope it wanes and disappears — but also the political elite themselves as stagnation at the highest levels comes at a time when clear, level-headed leadership is required, not least with a strengthened ISIS presence in the country, alongside the spread of the coronavirus epidemic.

Opinion appears rather split on the recent chaos caused by weeks of political handwringing that resulted in Allawi withdrawing his nomination as PM-designate. On the one hand, for many his attitude toward the political elite — engaging in secret meetings on cabinet proposals, appointing his London-based sons as senior advisors during the process, and refusing to negotiate with political blocs — was seen as incendiary and disrespectful of the parliamentary process. On the other hand, others point to the intrinsic nature of the Iraqi muhassasa sectarian power-sharing system that has created fiefdoms within the system carved out among select actors, preventing any path out of the current crisis.

The country’s political parties now move to a new stage of repeating the crisis of the last few months, to nominate a new PM-designate. Whether that marks the return of caretaker PM Adel Abdul-Mahdi or another candidate, one thing is for certain: there will likely be little to no deviation away from the power that holds in Baghdad and Erbil. Ultimately, it is a price to be paid on the streets, as the protest movement now faces its toughest test — that of regaining momentum to remain a significant part of the political calculation, while the political elite looks to stifle their success.

Hafsa Halawa is a non-resident scholar at MEI and an independent consultant working on political, social and economic affairs, and development goals across the MENA and Horn of Africa regions.