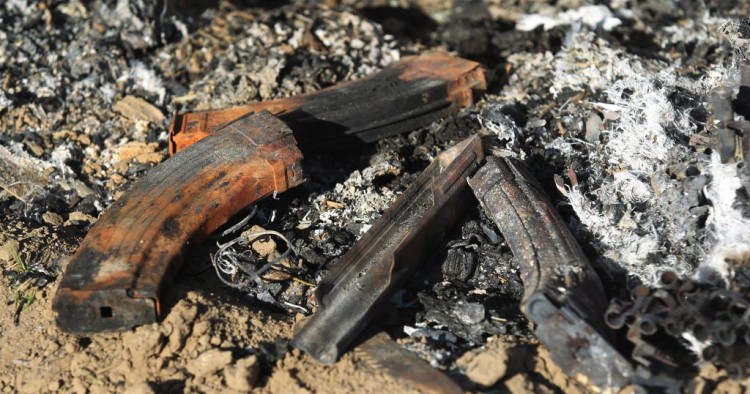 After sustaining a more or less steady but low level of operations throughout the winter, ISIS has dramatically escalated the scale of its insurgency in Iraq and Syria in recent weeks, peaking over the weekend with a series of larger-than-normal and deadly attacks. Publicly trackable data indicates that ISIS’s armed activities increased by at least 69 percent in April 2020 (171 attacks), a marked increase that comes amid U.S. military withdrawals from remote but strategically key posts in Iraq, the arrival and challenges posed by COVID-19 to the region, and continuing political stagnation in Baghdad. Though successive months of such activities would be more insightful, it is clear that ISIS is beginning to resurge, a year after its territorial caliphate was declared defeated.

ISIS’s slow resurgence in Syria has primary occurred in the country’s central desert, or Badia, region, where the Assad regime has conducted a failed “containment” campaign since spring 2019. From April 9-10, multiple ISIS cells launched a complex series of coordinated ambushes and assaults on pro-regime positions south of the key gas town of al-Sukhna, sparking expansive fighting that necessitated two days of sustained Russian jet and attack helicopter strikes and left more than 30 Syrian pro-regime personnel dead. On May 1, a bus full of Syrian troops was ambushed on a key highway running through the desert, killing seven. ISIS has also escalated its attacks in southern Syria’s Daraa governorate, claiming at least seven targeted assassinations, ambushes, and bomb attacks.

However, the most dramatic recent escalation in ISIS activity has come in Iraq, where the group has especially increased attacks in Kirkuk (by as much as 200 percent) and Diyala (with near-daily attacks). In Salah ad Din governorate, one unusually complex ISIS attack on May 2 left at least 10 Popular Mobilization Forces (PMF) militiamen dead, after ISIS units attacked the Mekeeshfa area on at least four separate axes, sparking a four-hour battle. Multiple additional attacks took place throughout the weekend in a campaign in which ISIS is now seen to be embracing more sophisticated night-time tactics, suicide bombings, and multi-pronged coordinated assaults — a marked change from its previous drive-by shootings, kidnappings, and stand-off mortar attacks. Video footage has also shown ISIS operating in larger numbers, indicating an increasing confidence in the Iraqi military’s inability to detect enemy movement and to coordinate a rapid deterrent response through intelligence, surveillance, and reconnaissance (ISR).

ISIS’s slow resurgence in regime-held areas of Syria was always an almost guaranteed consequence of the continued presence of drivers of violence as well as the regime’s severe manpower shortage and preoccupation with other, less extreme opposition adversaries. It is in Iraq where newer factors appear to be fueling an accelerated ISIS recovery — though the group remains a very long way from its earlier position of power in 2013-14. Following the “defeat” of ISIS in Iraq in 2017, the group withdrew into remote, largely unpopulated areas, from where their first phase of limited recovery could be more easily sustained.

The second phase of expanded recovery appears to now be underway, with ISIS cells establishing within lightly populated locales and operationally reaching more deeply into densely populated areas. ISIS’s ability to do this has undoubtedly been facilitated by an American retreat into a small number of large military facilities and the abandonment of frontline posts to less capable, often divided, and poorly resourced Iraqi Security Forces (ISF) and their often rival PMF partners. The arrival of COVID-19 into Iraq and the resulting reduction in frontline deployed forces and police and local security patrols has also widened the scope for ISIS operations and lessened their risk of exposure to ISR-led attack. Should this weakened counter-ISIS posture be sustained, ISIS’s slow but methodical resurgence in Iraq will soon become an indisputable reality.